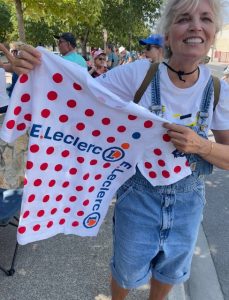 Matches my pin from the 2004 Tour on the Champs Elysées in Paris when Lance won #6! Next Tour, the matching bike cap. :) 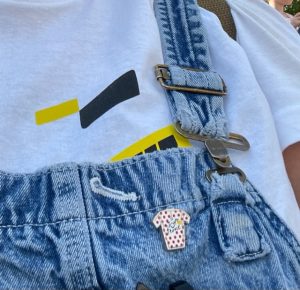 Gathered to watch the riders peloton through Limoux not far from my studio near the Place de la République. Met some amazing folks from France, Belgium, the U.S., and England. 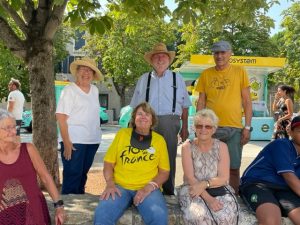 And this is Claire. She speaks four languages, her husband, Henrik, 8…how is this even possible…they’ve lived all over the planet. So kind and fun and full of knowledge about the region and living in France. 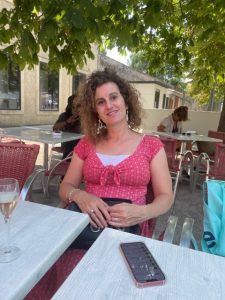 We shared some shade, although much more humid today with the heat dome over Europe and the wild fires and the winds. Learning so much about life in France and local living.

To be away from the United States, the ugliness and violence, vitriol, petty focuses, the constant political and destructive noise is incredibly freeing with possibilities and potentials becoming so much more clear.

After the team cars and sponsors came through the riders were getting closer to continue their route to Foix! 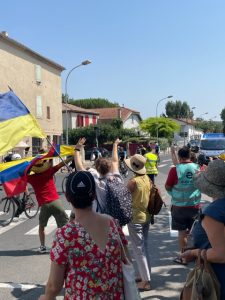 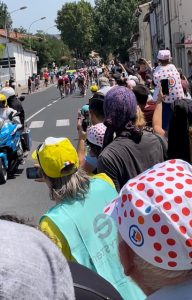 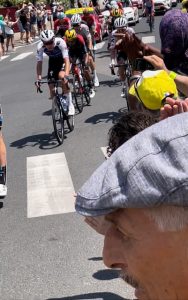 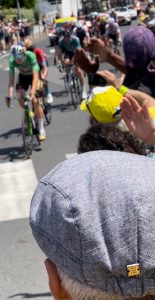 Love these guys. Sláva Ukrayíni! They were so happy to be at the Tour and honor Ukraine. 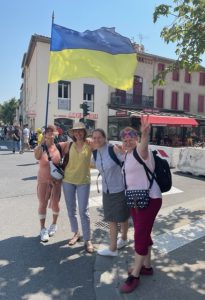 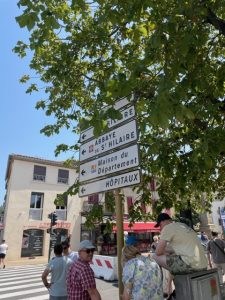 And then they were gone.

Here’s a nice re-cap from GCN/Eurosport for today’s stage. There’s a link to connect.

‘It was an emotional victory for Hugo Houle, who descended into Foix to take Canada’s first Tour de France Stage Win in 34 years.’  http://gcn.eu/tdf2022

If you subscribe to their streaming service, you can watch the replay, Stage #16, and listen to the announcer describe the tender story of Hugo Houle’s brother as Hugo approaches the finish line. Beautifully expressed and timed right as he crosses the finish line and raises is arm in the air, pointing to the sky, for his brother. Hugo currently rides for UCI WorldTeam Israel–Premier.

My Sun Valley buds will appreciate this one. His shirt! (From former Yugoslavia, which he claims.) 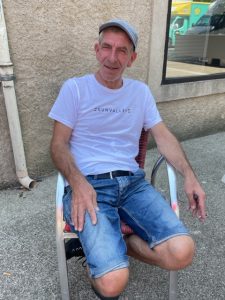 And! A local celebrity. The mayor of Limoux, to the left of the speaker. 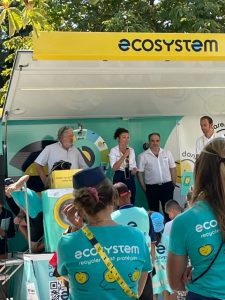 The Tour has been a diversion from a burning planet. Read this earlier:

“My scientific mind understands that this summer will be one of the coolest for the rest of our lifetimes unless we decide to treat the climate crisis like the emergency that it is,” said Andrea Dutton, a climate researcher at the University of Wisconsin-Madison

“The first truth is that we live in a nightmare. This is exactly what climate models projected was going to happen: intensifying extreme weather, severe public health consequences, and incredibly frustrating Congressional inaction. There is no reasonable scenario where the warming stops at 1.2°C, so it’s definitely going to get worse,” she said.

Super. But the U.S. continues to talk about the ‘fist bump.’ We need a Climate Strike. We don’t move until the leaders start saving the planet. Gaia is burning.

‘Canadian law makers are debating giving refugee status to Americans seeking refuge from political and social violence.’ Cool. This is where profit, greed, corruption, and ideological extremes have landed us. Reframing the comment from Andrea Dutton, “It’s definitely going to get worse.”

Picked up some newspapers from a small marche on the way back after the Tour. Found this! 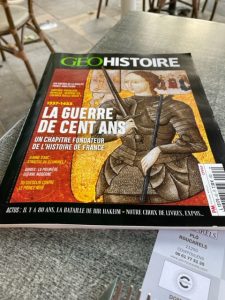 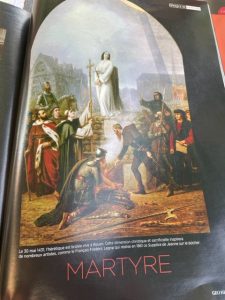 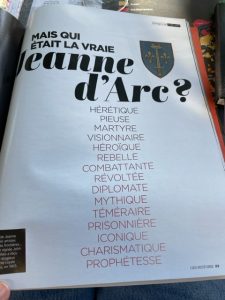 Love walking into these mini-marches and see an array of European newspapers, many perspectives and writers, like Charlie Hebdo.