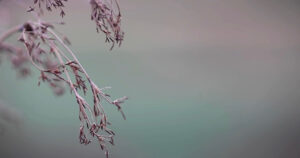 [Image: Center for Action and Contemplation]

“Thank you” is a simple phrase, but one that carries a lot of meaning. So many people act in ways big and small each day that help others for no expected monetary or other return other than the satisfaction that comes from the act itself.

Inn times of struggle, sadness, and fear, let us all remember the helpers in the world, and try to be helpers to others. Let us be kind and generous. And let us not take all that is good out there for granted. -Dan Rather

For our ancestors.
Mitákuye Oyás’iŋ

“The world is not a problem to be solved; it is a living being to which we belong. The world is part of our own self and we are a part of its suffering wholeness.”
—Llewellyn Vaughan-Lee

“Our very suffering now, our condensed presence on this common nest that we have largely fouled, will soon be the one thing that we finally share in common. It might well be the one thing that will bring us together politically and religiously. The earth and its life systems, on which we all entirely depend might soon become the very things that will convert us to a simple lifestyle, to necessary community, and to an inherent and universal sense of reverence for the Holy. We all breathe the same air and drink the same water. There are no Jewish, Christian, or Muslim versions of these universal elements. All water is “holy water” even before the benefit of a priest’s waved hand. It is always and everywhere two parts hydrogen and one part oxygen, and voilà—we have the absolute miracle of liquid water, absolutely necessary for all that lives.

This earth indeed is the very Body of God, and it is from this body that we are born, live, suffer, and resurrect to eternal life. Either all is God’s Great Project, or we may rightly wonder whether anything is.”

Francis of Assisi called animals “Sister” and “Brother” and viewed humans as one part of a wider family of creation. Franciscan writers Ilia Delio, Keith Douglass Warner, and Pamela Wood recommend adapting a historic Christian practice of “examination of conscience” to focus on how we have harmed or helped our relationships with the Earth: