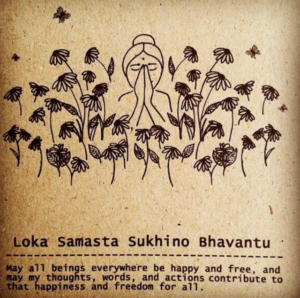 The Four Elements of Right Speech

‘Loving, truthful speech can bring a lot of joy and peace to people. But producing loving speech takes practice because we aren’t used to it. When we hear so much speech that causes craving, insecurity, and anger, we get accustomed to speaking that way. Truthful, loving speech is something we need to train ourselves in.

In Buddhism there’s a practice called the Ten Bodhisattva Trainings. Four of these 10 relate to Right Speech. A bodhisattva is an enlightened being who has dedicated his or her life to alleviating the suffering of all living beings.

A bodhisattva is someone who can speak with gentle, loving speech and who can listen with compassion.

The four bodhisattva guidelines of the Ten Bodhisattva Trainings for Right Speech:

When we don’t, repercussions are brutal and, sometimes, irreparable. -dayle 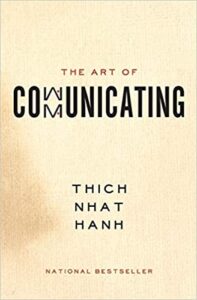 ‘Our suffering has been trying to communicate with us, to let us know it is there, but we have spent a lot of time and energy ignoring it.

If we understand our own suffering it will become much easier for us to understand the suffering of others and the of the world.

But unless we can listen to and acknowledge our own suffering, we will not really be able to help.’

‘The Venerable Thich Nhat Hanh, revered Zen master, teacher, and poet, died on January 22, 2022, in his native Vietnam. Brother Thay, as he was known by his community and students, transmuted what he had experienced of chaos and bloodshed in his country and his life into an ability to speak with equal measures directness and compassion to the many conflicts and bewilderments of contemporary life. Martin Luther King Jr. nominated him for the Nobel Peace Prize. He was a great teacher of the wonderful practice of “walking meditation.” He taught a way of living to face suffering, fear, and violence inside and beyond ourselves and yet to become “fresh, solid, and free.” Krista sat with him for this rare conversation in the early years of this show, and it has touched many. It is astonishing to re-experience the deep, enduring wisdom this monk leaves for our world now.”

God’s major problem in liberating humanity has become apparent to me as I consider the undying recurrence of hatred of the other, century after century, in culture after culture and religion after religion.

Can you think of an era or nation or culture that did not oppose otherness? I doubt there has ever been such a sustained group.

It seems we ordinary humans must have our other! It appears we don’t know who we are except by opposition and exclusion. “Where can my negative energy go?” is the enduring human question; it must be exported somewhere. Sadly, it never occurs to us that we are the negative energy, which then sees and also creates that negative energy in others.

The ego refuses to see this in itself. Seeing takes foundational conversion from the egoic self and most have not undergone that transformation. We can only give away the goodness (or the sadness) that we ourselves have experienced and become.

“I rest in the grace of the world and I’m free.”

Wendell Berry, born August 5th, 1934, is an American novelist, poet, essayist, environmental activist, cultural critic, and farmer. In 2015 he became the first living writer to be inducted into the Kentucky Writers Hall of Fame. [wikipedia]

“I pray to have a wise heart, and perhaps the rediscovery of Lady Julian of Norwich will help me. I took her book with me on a quiet walk among the cedars. She is a true theologian with greater clarity, depth, and order than Saint Teresa: She really elaborates, theologically, the content of her revelations. She first experienced, then thought, and the thoughtful deepening of her experience worked it back into her life, deeper and deeper, until her whole life as a recluse at Norwich was simply a matter of getting completely saturated in the light she had received all at once, in the ‘shewings,’ when she thought she was going to die.

One of her most telling and central convictions is her orientation to what might be called an eschatological secret, the hidden dynamism which is at work already and by which ‘all manner of thing shall be well.’

To have a ‘wise heart,’ it seems to me, is to live centre on this dynamism and this secret hope…this hoped-for secret. The wise heart lives in Christ (consciousness).” 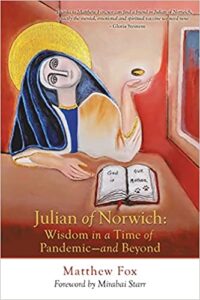 Those others may be other human beings or generations to come of species of animals, birds, bees, finned ones. Standing by while global warming happens is killing the Christ. Ecocide is a form of killing Christ. This is what it means to recognize…as Julian does…that ‘Christ too was part of nature.'”

“One hundred yeas before Mechtild, Hildegard of Bingen (1098-1181) tells us that ‘divinity is…like a wheel, a circle, a whole, that can neither be understood, nor divided, nor begun, nor ended.’ She speaks of our relationship to the divine as something round and compassionate when she tells us we are ‘surrounded with the roundness of divine compassion.'” 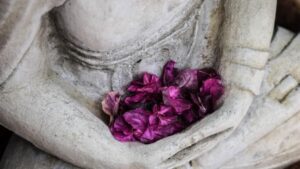 “Man has lost Dante’s vision of that ‘love which moves the sun and other stars,’ and in so doing has lost the power to find meaning in the world.

Yet, though humans have acquired the power to do almost anything, have at the same time lost the ability to orient their lives toward a spiritual goal by the things that they do.” 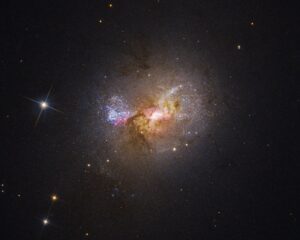