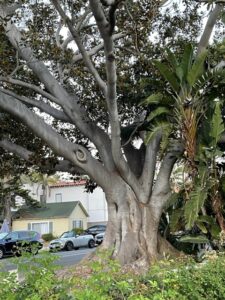 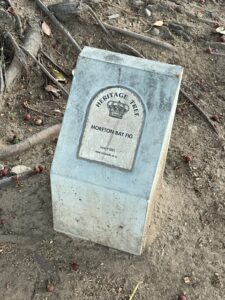 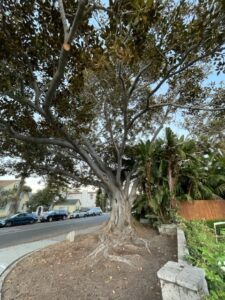 [All trees should be ‘heritage’ trees.]

After a virtual hiatus to relocate [sanctuary] from a state quickly and widely falling into oppression, marginalization, nationalism, and White Supremacy, a post to remind us that humans are but one species of 8,000,000, and yet it is the species bent on destroying the planet, the human species. Maybe the arc of survival is tied to the moral arc. We are failing.

It’s a play on Emily in Paris. J’adore. So fun. Please connect and comment in our community space during my travels. My virtual column will focus on the beloved historic Languedoc region [Occitanie] in south-west France. And! The Tour de France will be passing through later in July. Energies are shifting, moving. Movement. ‘Emovere.’ Possibility, again, possible. And re-imagining what once was into what is. 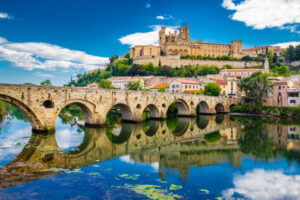 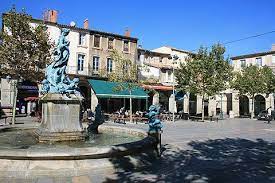 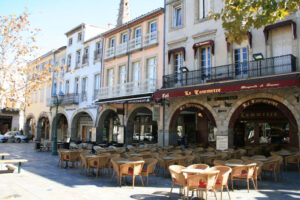 The Arc of History…(and hers)

By every geologic measure, modern human life is a tiny blip, a spark of static on a very long-playing record.

For most of the time that life has existed on Earth, there were no humans. And when there were human-like creatures, they spent much of their time doing not much. Nomads eat when they need to, move around and hang out. It’s not an easy life, but there are none of the modern distractions or problems that urban culture presents.

Grain began to change things, because agriculture produces far more calories per acre, allowing populations to grow… and to store the results of our labor. Stored grain, though, is easier to steal and to tax than something that must be eaten fresh off the tree or harvested.

And so you get markets and wars and governments and the rise of a group of people wealthier than any individual farmer or nomad could be.

The two most relevant forces are in a powerful dance right now:

• The carbon-fueled growth of industry.

• The information-fueled growth of ideas and connection.

Industry changed the way the Earth looks from space, it enriched billions of people and it has driven our species to the brink of extinction due to our impact on the climate. It has often been based on caste and coercion, and created both opportunities and problems.

Connection has enabled culture to thrive, and in recent years, amplified by the noise of the internet, it’s also made many people miserable in the short-run.

As we slog through another long, challenging year, one in which these two forces conflict, amplify and engage with each other, I’m remembering what Theodore Parker said more than 150 years ago:

I do not pretend to understand the moral universe, the arc is a long one, my eye reaches but little ways. I cannot calculate the curve and complete the figure by the experience of sight; I can divine it by conscience. But from what I see I am sure it bends towards justice.

We really don’t have a lot of choice about yesterday. Here we are, many of us with more leverage and power than any human on Earth had just a hundred years ago.

In the last few decades, so many areas of culture have moved forward that defenders of the status quo are becoming exhausted trying to defend what was. And they sometimes express that exhaustion through anger, division and vitriol.

The good news is that we have exactly what we need to make things better. If enough of us stand up and lead and connect, we’ll continue to get closer to what’s possible.

Here’s to peace of mind and possibility. They go together.

And potential. And purpose. -dayle 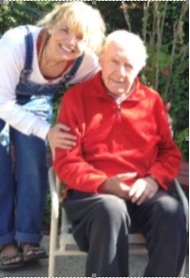 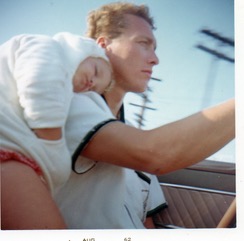