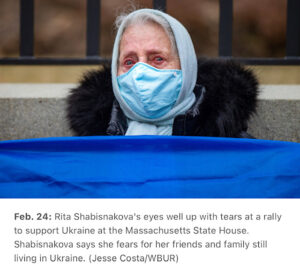 ‘The patriarchal heart, the reptilian brain, myst dominate and subjugate, at least until it undergoes a conversation experience.’ -Matthew Fox

‘Former Secretary of State Madeleine Albright in her final op-ed before her death Wednesday recalled her unease after her first meeting with Vladimir Putin when he took power 20 years ago.

In the piece published in the New York Times on February 23, the day before Putin ordered the invasion of Ukraine, Albright recalled her first impressions of the new Russian leader after meeting him in 2000.

He had just taken over from Boris Yeltsin as Russia’s leader, and was acting president. At the time, Albright was President Bill Clinton’s secretary of state.

“Sitting across a small table from him in the Kremlin, I was immediately struck by the contrast between Mr. Putin and his bombastic predecessor, Boris Yeltsin,” recalled Albright.

“Flying home, I recorded my impressions. ‘Putin is small and pale,’ I wrote, ‘so cold as to be almost reptilian.'”

In the essay, Albright went on to warn that if Russia invaded Ukraine it would be “an historic error,” and described the consequences Russia would likely face, including a determined Ukrainian resistance, crippling economic sanctions, and a galvanized NATO alliance.

‘Julian (of Norwich) is a truth-teller who shines a bright light on the need for feminine wisdom.’ 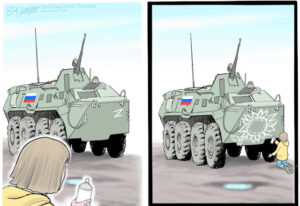 “Suffering and death are everywhere, from roadkill to mass shootings to tsunamis: We know that the whole creation has been groaning in labor pains until now, and not only creation, but we ourselves . . .” (Romans 8:22–23). Labor pains implies that suffering is woven into the process of creation from the very start, and it continues through the birth of the new creation.” 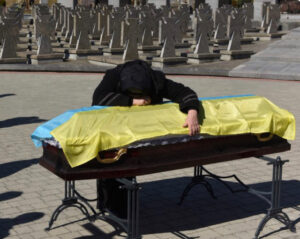