Become a voice for freedom.

Jamal was a Saudi Arabian dissident, author, and columnist for The Washington Post and a general manager and editor-in-chief of Al-Arab News Channel who was assassinate at the Saudi consulate in Istanbul on Octocter 2, 2018 by agents of the Saudi government. Jamal also served as editor for the Saudi Arabian newspaper ‘Wal Watan, turning it into a platform for Saudi progressives. [wikipedia]

Crawl into the Promised Land

New from the fierce Rosanne Cash.

“Crawl into the Promised Land” – a song that bellows in the fear-contracted chamber of the present as a mighty antidote to the collective selective memory we mistake for history and a clarion call for a more livable future.” -Maria Popova 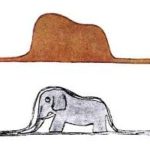 Finding a little bit of compassion where ever we can.