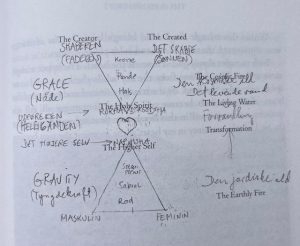 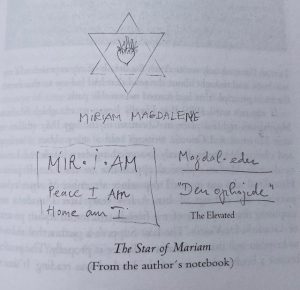 Neshama (Hebrew: נשמה) is a Hebrew word which can mean “soul” or “spirit”. It may refer to: The Jewish notion of the soul.

‘Above the heart I saw a pyramid turned upside down. The triangle was made from the fire that is near quenched and the water from which all higher life springs through the imitations of the mystics. A symbol which I knew to be the symbol the Heavenly Source, the Creator, the Father/Mother, radiated from the top left edge o the triangle.

The symbol of the Heavenly Child, the Created, the Son/Daughter radiated from top, right edge of the triangle.

The symbol of Ruche d’koodsha, the Holy Spirt, radiated from the lower point of the triangle. At the same time, the whole triangle symbolized the three uppermost energy centers of the human being: the crown centre, brow centre and throat center.

Below the heart was an upright pyramid. This triangle was filled with earthy fire and the water from which transit life arises.

The masculine symbol radiated from the bottom, left edge and the feminine from the right one.

The symbol of Naphsha, the Higher Self, humanity’s connection upwards, the bridge to the higher worlds, radiated from the topmost point.

Within this triangle the human being’s lower centre of energy were presented, the root, sacral and solar plexus centre.

Both triangles slowly glided towards the heart.

It was not until 1989 that I really began to recognize Mariam Magdalene’s rightful place in Christian mythology. My studies in early Christian and Gnostic writings told a story about a woman and a being that spoke directly to something deep inside me.’

[Love this book. It’s a trilogy in one hardback tome. This particular version is only available at the Rennes-les-Chateau book shop.] 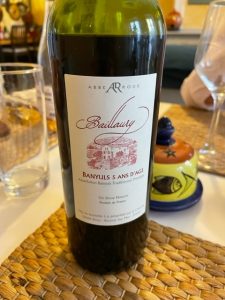 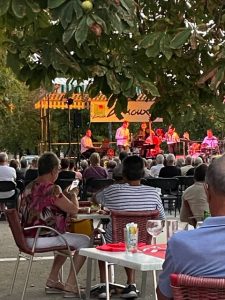 A quintessential French evening with dinner and amazing wine and music with my new amis en France! So hot and so fun. ღ 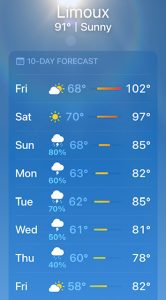 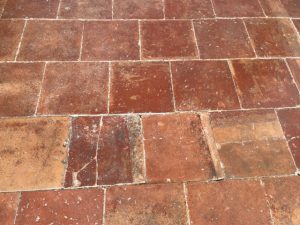 I so want to know the story on these tiles…so old, as is this building I’m living in. Did German soldiers march their boots across these floors when they occupied France and Limoux? The man who lived here before the current owner, was born in this home and lived here his whole life…90 years. He shared at the time of purchase that he remembers hearing their boots on the stairwell.

Read this story earlier today. How great the tourists left it in place, took a picture, and then reported it to the park staff.

‘A haunting bit of history was found by accident at the Little Bighorn battlefield where 263 U.S. soldiers — including Lt. Col. George Armstrong Custer — died fighting Lakota Sioux and Northern Cheyenne warriors in 1876. One of Custer’s soldiers must have lost a button 146 years ago, and it turned up Monday, Aug. 8, lying in the Montana dirt, according to the National Park Service. The battlefield is about 60 miles southeast of Billings.

Officials did not reveal where the button was found in the park, but note it counts as a battlefield artifact and “will go into the museum collection.” “These objects are still telling the story of the battle. If artifacts found on the field are removed or taken, that part of the story is lost,” park officials said. “The park is truly grateful for the visitors yesterday who reported the find.” “They did right thing. They left the button where it was found. They took a photo and reported it to park staff.”’ 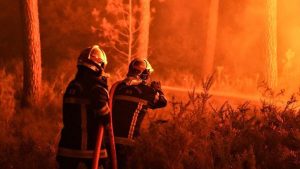 ‘The blaze about 30km (19 miles) south-east of Bordeaux has gutted some homes and forced 10,000 residents to flee.

Strong winds and high temperatures are hampering the firefighting operation.

Sixty-five German firefighters have arrived from Bonn and others from Poland and Romania are expected in the fire zone soon.

France has nine water-bombing helicopters deployed and is also getting some firefighting aircraft from Greece and Sweden.’ 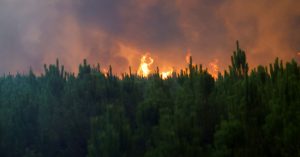 ‘More than 1,000 firefighters backed by water-bombing aircraft battled a ‘monster’ wildfire near France’s wine-growing heartland of Bordeaux for a third day, with no let-up in blistering temperatures seen before the weekend.’ 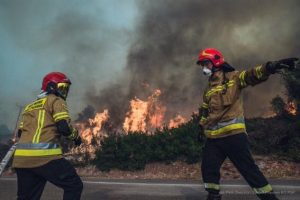 ‘France has asked for help amid a wildfire-crisis. Poland just announced that it will immediately send 146 firefighters, 49 fire engines and other vehicles.’

‘I see so many Ukrainian flags here. Decided to buy Polish flag and hang it in my apartment in Kyiv. It is so valuable to see that people understand what you are going through. That they are with you. Poland rules.

I just hope we will be able to rebuild after war successfully, just like Poland.

Going to spend some money supporting Polish tourism industry) as my small thank you for all those Ukrainians you helped for free.’