Progress isn’t always a straight line.
Today’s Supreme Court decision is wrong
but Congress passing the Bipartisan Safer Communities Act is a modest but real step forward. And the fight will go on, thanks to the activists, survivors, and families who continue to demand action.

Today, the Supreme Court not only reversed nearly 50 years of precedent, it relegated the most intensely personal decision someone can make to the whims of politicians and ideologues—attacking the essential freedoms of millions of Americans.
-President Barack Obama 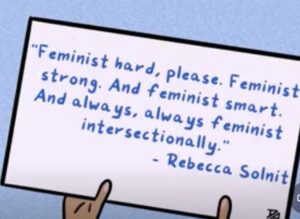 Ever since the War of the States, Congress and the Supreme Court have clashed over the question of civil rights. When considering the recent rulings on affirmative action, the Voting Rights Act and the Defense of Marriage Act, it is useful to take the long view of the push and pull between Congress and the Supreme Court when it comes to civil rights. The long arc of history might bend toward justice, but there’s always been a lot of pendulum swinging along the way.

WASHINGTON, D.C. — With the U.S. Supreme Court expected to overturn the 1973 Roe v. Wade decision before the end of its 2021-2022 term, Americans’ confidence in the court has dropped sharply over the past year and reached a new low in Gallup’s nearly 50-year trend. Twenty-five percent of U.S. adults say they have “a great deal” or “quite a lot” of confidence in the U.S. Supreme Court, down from 36% a year ago and five percentage points lower than the previous low recorded in 2014.

Abortion is a fundamental right for all women. It must be protected. I wish to express my solidarity with the women whose liberties are being undermined by the Supreme Court of the United States.

“Please be kind” sounds like a moral imperative. And in some ways, it is.

But behind the theory of the firm and a key building block of successful communities is the idea that kind interactions are significantly more productive.

When people feel seen and respected, they’re more likely to focus on what needs to be done, instead of taking umbrage or being defensive.

When we leave opportunities and pathways for others, they can move forward with less friction.

And when we’re enjoying our days, we’ve created a posture that spreads.

Hockey games aren’t supposed to be kind. But just about everything else works better when we don’t throw elbows. 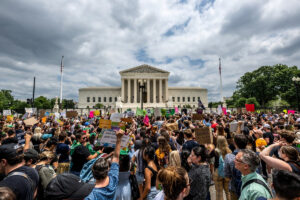 “CARE is the antidote to violence.”

On June 24th, 1990, The Catholic Church discusses excommunicating politicians who disagree with the church on abortion rights.

Important listen for history, and in this moment.

From former Governor Mario Cuomo in 1984, at Notre Dame:

“I speak here as a politician and also as a Catholic, raised as a Catholic, pre-Vatican II church, educated in Catholic schools, attached to the church first by birth and then by choice, now by love. […] The Catholic church is my spiritual home. My heart is there. And my hope. The Catholic who holds political office in a pluralistic democracy, who was elected to serve Jews and Muslims, atheists, and protestants, as well as Catholics,  bear special responsibility. He or she undertakes to help to create conditions under which all can live with a maximum of dignity and with a reasonable degree of freedom. Where everyone who chooses can hold beliefs different from specifically Catholic ones, sometimes contradictory to them, with laws that protect people’s rights to divorce, use birth control, and even to choose abortion. I protect my right to be a Catholic by preserving your right to believe as a Jew, a protestant, or non-believer, or anything else you choose. I accept the church’s teaching on abortion, must I insist you do, by law?  By denying you Medicaid funding, by a Constitutional amendment? If so, which one? Would that be the best way to avoid abortions, or prevent them? […] We should understand whether abortion is outlawed or not, our work has barely begun. The work of creating a society where the right to life doesn’t end at the moment of birth. Where an infant isn’t helped into a world that doesn’t care if it’s fed properly, housed decently, educated adequately.”

“Search for the means of grace, and the hope of glory.” -Jon Meacham

Abortion is legal in California.

It will remain that way.

I just signed a bill that makes our state a safe haven for women across the nation.

We will not cooperate with any states that attempt to prosecute women or doctors for receiving or providing reproductive care.

The news coming out of the United States is horrific. My heart goes out to the millions of American women who are now set to lose their legal right to an abortion. I can’t imagine the fear and anger you are feeling right now.

Here is your friendly reminder that we built Signal for private, secure communication. It’s built so you can communicate individually and in groups, through text and calls, without fear of interference or data collection. Free to use and not for profit.