I know. Nothing to do with France, right? But it F E E L S like this.

Exploring Alet-les-Bains today after a beautiful breakfast in the garden at Les Margarites with Antoinette, the proprietor. A lovely conversation weighted too heavily with all my questions. 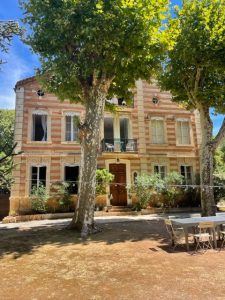 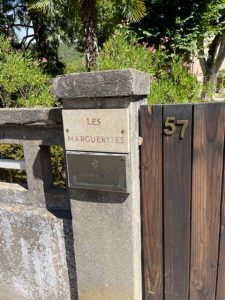 Les Marguerites in Alet-les-Bains. It sat empty and unloved for 50 years. During WWI it was used as a convalescent home for veterans. Prior to that it was a holiday home for many who came every summer. Some have returned just to see it, with fond memories from their childhoods. Antoinette and Keith have owned it for 15 years now, raising their four children here. The trees in the yard deserve a historical plaque of their own. Majestic and magnificent. 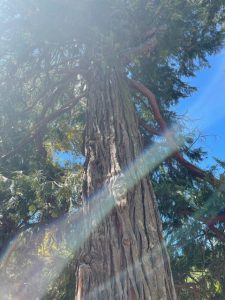 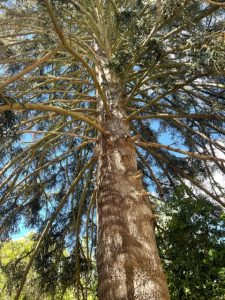 The grass is brown from the extreme heat and the proprietors aren’t wasting precious water to grow it back. Letting it be.

The population in Alet is about 249, decreasing since the 2015 census. It somehow feels ‘bigger’ walking through the medieval streets. Spotted a tiny market today that the community pooled together to have some needed supplies for those who can’t make it to Limoux. 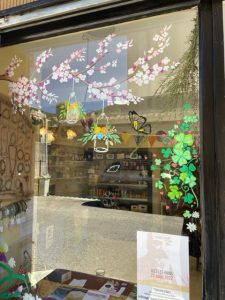 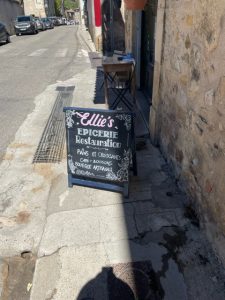 There’s a tiny post office at the tourist /abbey office. And had to go back to the abbey today, too. Original structure, most likely pagan, from the 800’s. 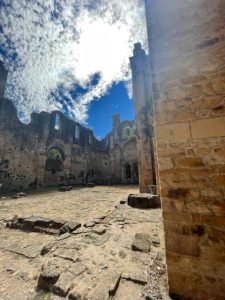 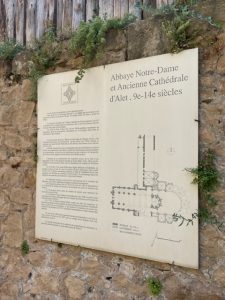 And in the church next to the abbey ruins, interesting stained glass. Typically, although this method of crucifixion was used as depicted, it isn’t the way Yeshua is depicted being crucified. 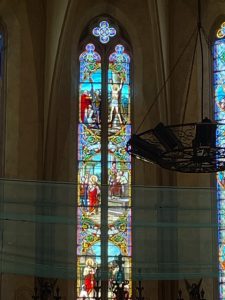 Église Saint André is the name of the church in Alet still being utilized for worship. 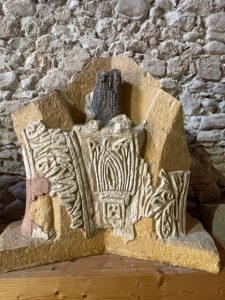 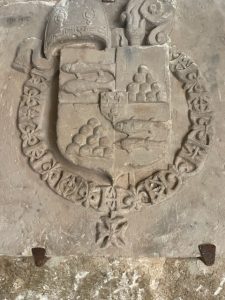 And images from the village… 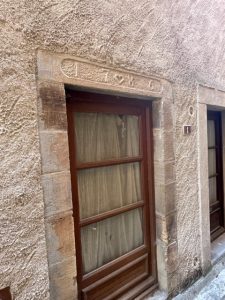 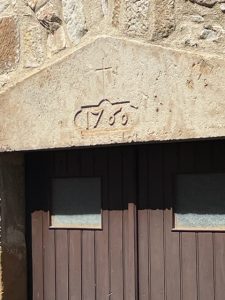 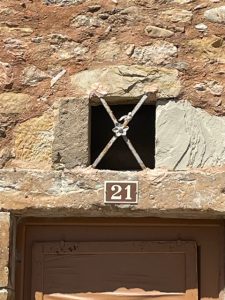 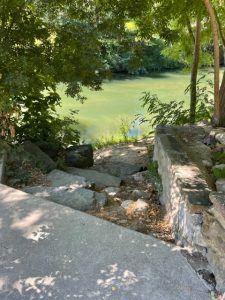 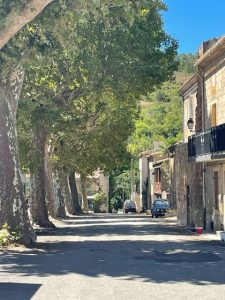 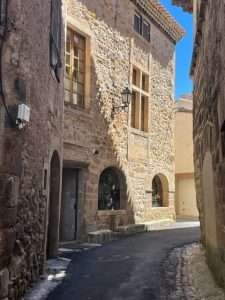 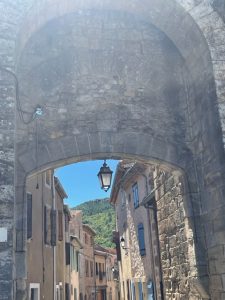 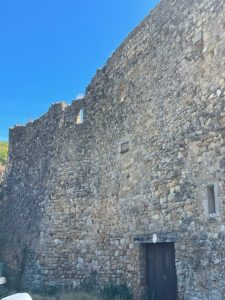 Love this capture of the ancient fortifying wall, many sections still standing. Very little renovation can occur in this medieval village without the proper permission, especially to the exterior of buildings. 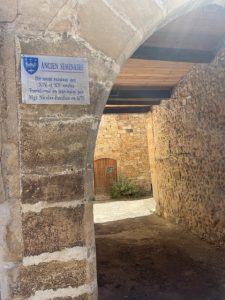 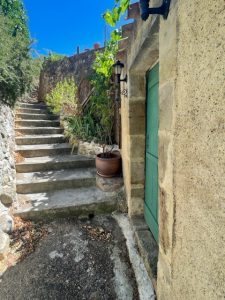 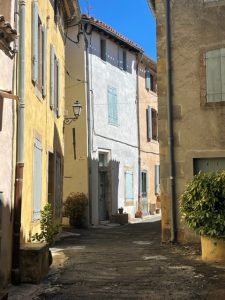 And found an old barn for sale! 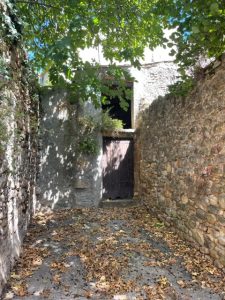 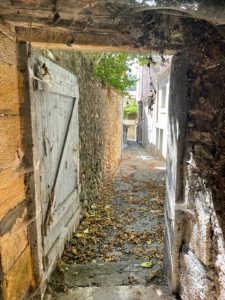 Yep. A barn in france. 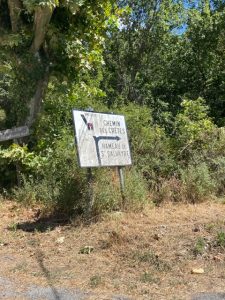