The theme of the lost Feminine Value weaves like a golden thread through the mythology, poetry and literature of Western civilization, waiting to be redeemed at this present time when so much is at stake. Over the last sixty years there have been certain events which have healed a change of consciousness comparable to that which took place in 11th century Europe.

Like a multi-faceted diamond, there are many aspects to the merging influence of the Feminine. All are contributing to the healing of the long-standing dissociation between spirt and nature during the solar era. Each is intrinsic to a psychic impulse which might be called the recovery of the soul, an evolutionary impulse arising from the very heart of humanity and perhaps even from the heart of the Cosmos. 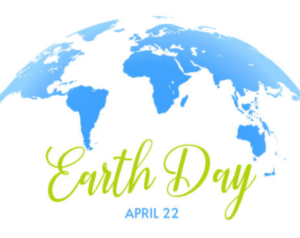 We’ve allowed our spirit to be poisoned [Merton].

The principle of transfiguration says nothing, no one and no situation, is untransfigurable.

“The Spirit of the Infinite will provide; not bare necessities, but everything.”

“I firmly believe everything humanity could ever ned is already here, ready for us to discover. It seems as if Spirit has created a gargantuan puzzle for human beings to assemble over the course of millennia, slowly discovering all that is needed and the answers to any challenges we encounter.”

According to the first creation story, you are part of creation. You are made from common soil…dust, Genesis says; stardust, astronomers tell us…Together with all living things, we share the great of life, participating in the same cycles of birth and death, reproduction, recycling and renewal. […] It’s a good and beautiful thing to be an image bearer of God. But it’s also a big responsibility.”

-Brian D. McLaren, ‘We Make the Road by Walking’ 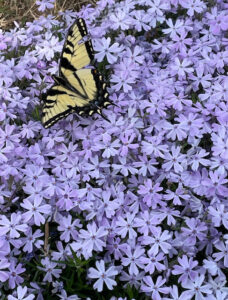 ‘The joy of welcoming the birds back and the bees and butterflies in the early morning is the Creation, the Creator, the returning…’ ღ

“Yet they are in us, those long departed ones (our ancestors), they are in our inclinations, our moral burdens, our pulsing blood, and in gestures that arise from the depths of time.” -Rilke

“If we could not see the sacred in nature and creatures, we soon could not see it in ourselves and, finally, we would not be able to see it all day. There is nothing that is not spiritual for those who have learned how to see.” -Fr Richard Rohr

On Gaia’s day, ‘We are thus ‘co-operators with God’, joining in the ‘repairing of the world.’ -Fr Richard Rohr

We conscious folk have watched with compassion in our hearts and tears in our eyes and as our Mother Earth is disrespected for the comfort and profit of humans beings.

The Mother Earth Delegation of United Original Nations is bringing together original peoples from many different nations to share the wisdom of ancient prophesy and messages from the Earth herself.

“It’s time for us to listen to the direction available through Nature’s Laws. It’s time to step out of systems that are failing to sustain life, and step into solutions collaboratively designed to sustain all life.”

To find out more about the incredible work that’s being done to support our beloved planet, you can visit www.motherearthdelegation.com.

If you’re looking for an amazing way to celebrate this Earth Day, why not make a donation to the elders stepping up to save the world?

Incompetent judicial decisions, a political Supreme Court, and decisions yet to be made. Missing Ruth.

‘One day I’ll be gone
The world will keep turning
I hope I leave this place
Better than I found it
Oh it’s hard, I know it’s hard
To be the lightning in the dark
Hold on tight you’ll be alright
You know it’s time
Here comes the change
We’re comin’ of age
This is not a phase
Here comes, here comes, the change…’
-Kesha

“In a very real way, the shift from a pagan earth-based spirituality to the patriarchal Christian notion of man’s right to dominate nature was a causal factor contributing to what would one day become our environmental crisis.”

Executive Producer James Cameron: “It’s so important for people to understand and illuminate how these creatures think, how they feel, what their emotion is like, what their society is like, because we won’t protect what we don’t love.” [Deadline]

‘The Eurocentric view of property ownership requires to see land as disconnected from us, separating from the source of life. The Indigenous view, kcyie, recognizes our obligation to care for the land as we would care for our human relatives.’ “A Green New Deal is inevitable – if we keep on fighting for it.
This is a terrifying moment because it is so important, and the people who realize that – people on the front lines of climate violence around the world – are being told to wait.

The anger in these words I’m writing now is because I know that what needs to happen isn’t hard at all once we get enough people demanding it.

The best thing of all is there’s a shared vision of a world where every living thing matters. Building upon hundreds of years of wisdom, struggle, and science, we know that a flourishing human civilization is no longer possible without it being rooted in ecology and reverence for the interconnection and interdependence of us all on each other.

And, as it turns out, that vision of a better world is really really popular.

We have everything we need to make this happen. Don’t let anyone tell you that you need to wait any longer for a livable planet.” ‘Love trees? Love love? “The Tree in Me” is for you – a tender painted poem about growing our capacity for joy, strength, and love.’ -Maria Popova Walt Whitman, who considered trees the profoundest teachers in how to best be human, remembered the woman he loved and respected above all others as that rare person who was “entirely herself; as simple as nature; true, honest; beautiful as a tree is tall, leafy, rich, full, free — is a tree.” As the child looks up to face a young woman — who could be a mother or a sister or a first love or the school janitor or the Vice President — the book ends with a subtle affirmation of William Blake’s timeless tree-tinted insistence that we see not what we look at but what we are. The tree in me
is seed and blossom,
bark and stump…
part shade,
and part sun. The day for Earth. Like leafless trees waiting for morning, something as great and as constant as the Earth holds us up and turns us ever so slowly toward the light. Our task is only to be rooted and patient.

Mysterious as it is – no matter our pain or excitement, our drama or circumstance – – all that we could hope for is here. We lack nothing.

Peter Wohlleben shares his deep love of woods and forests and explains the amazing processes of life, death, and regeneration he has observed in the woodland and the amazing scientific processes behind the wonders of which we are blissfully unaware.  Drawing on groundbreaking new discoveries, Wohlleben presents the science behind the secret.
~
Rachel Carson
Part II [New Yorker: ‘A groundbreaking investigation into the harmful effects of DDT and other pesticides not he environment.’]
Rachel Carson is the author of the best-seller “Silent Spring” and “The Sea Around Us,” which won the National Book Award for nonfiction. She was posthumously awarded the Presidential Medal of Freedom in 1980.
http://www.newyorker.com/magazine/1962/06/23/silent-spring-part-2?mbid=social_twitter
April 20, 2017