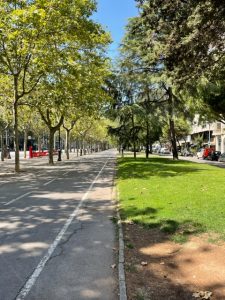 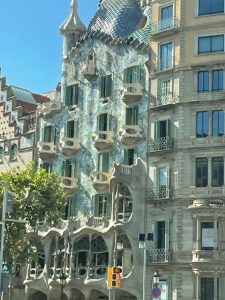 From Alet-les-Bains in southwestern France to Barcelona in northeastern Spain to see my dear friend and sorority sister from DePauw University. A city of trees. So pretty.

And, of course, the architecturally and geometrically glorious Segrada Família. ♰ 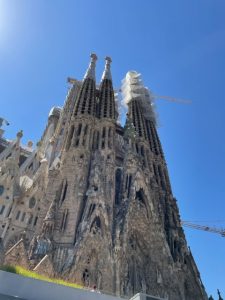 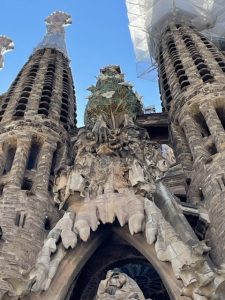 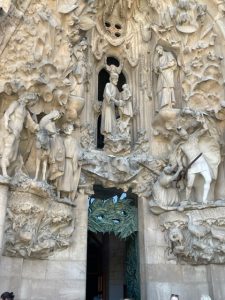 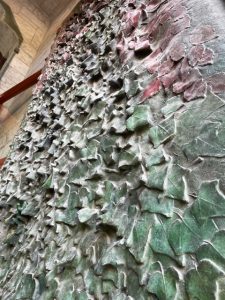 The Basílica | Sagrada Família is a large unfinished church building in Barcelona, Catalonia, Spain, and is currently the largest unfinished Roman Catholic church. Designed by the Catalan architect Antoni Gaudí (1852–1926), his work on Sagrada Família is part of a UNESCO World Heritage Site. On 7 November 2010, Pope Benedict XVI consecrated the church and proclaimed it a minor basilica.

On 19 March 1882, construction of the Sagrada Família began under architect Francisco de Paula del Villar. In 1883, when Villar resigned, Gaudí took over as chief architect, transforming the project with his architectural and engineering style, combining Gothic and curvilinear Art Nouveau forms. Gaudí devoted the remainder of his life to the project, and he is buried in the crypt. At the time of his death in 1926, less than a quarter of the project was complete. [wikipedia] 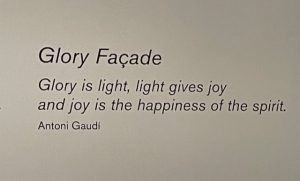 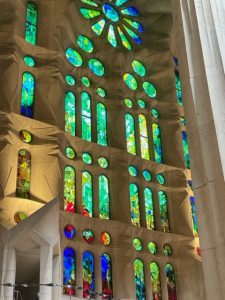 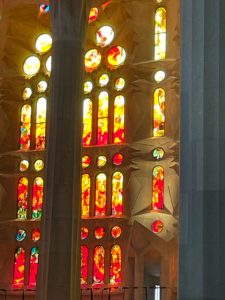 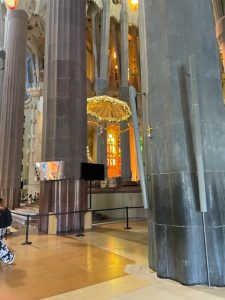 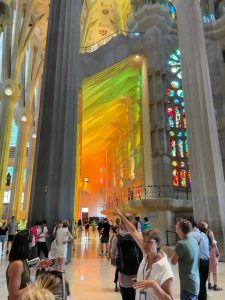 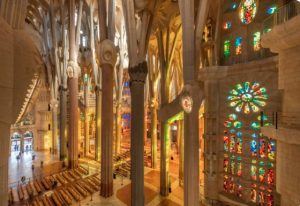 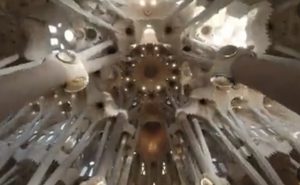 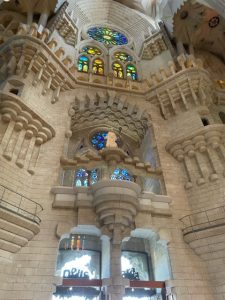 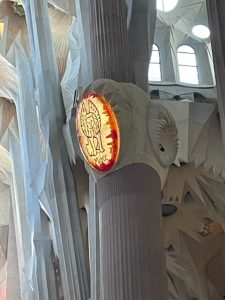 “The book of nature.”

“The great book, always open and which we should make an effort to read, is that of nature.” 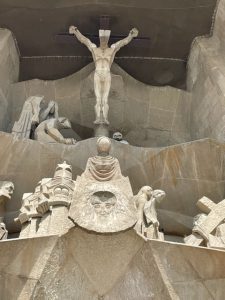 According to our docent, as architects and their creation continued onward after Gaudí’s death, some of the initial reaction wasn’t always positive. In particular, this structure shows a nude Yeshua, not, apparently, depicted before. Quite controversial. 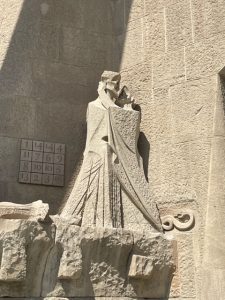 And here, we see Judas kissing Yeshua. I thought about asking if it could possibly be Mary Magdalene. :) Re-considered the question after reading the room. 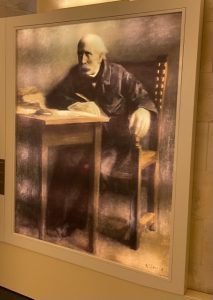 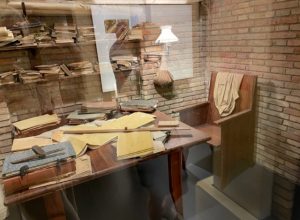 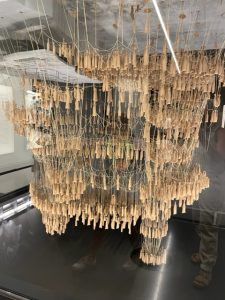 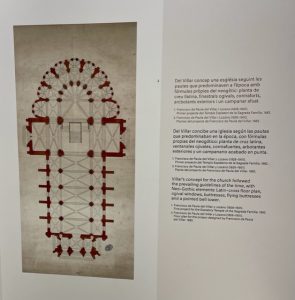 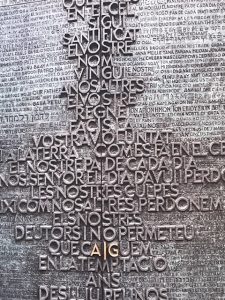 All of the diversity of languages represented in this sculpture. Notice the A|G in gold, his initials. I purchased a book mark of this image; so beautiful. 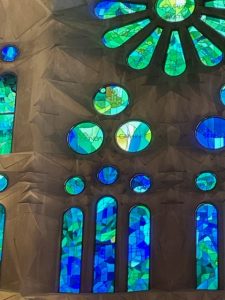 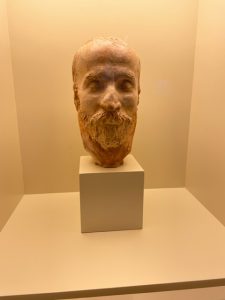 A plaster image taken from his death mask.

“Gaudí’s primordial soup, Langdon thought, again startled by how perfectly the city of Barcelona dovetailed with Edmond’s curiosity about the beginnings of life.”

In Barcelona, Sofia! Gnostic’s wisdom at every turn on this journey. Here, the name of my hotel. 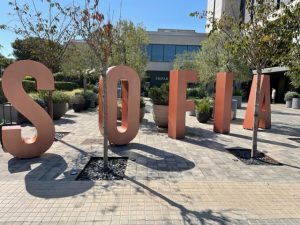 The concierge headed us into the direction of a fabulous restaurant…I mean, truly fabulous food and service. It’s called ‘Green Spot Diagonal.’ The curry was a-MAZ-ing. 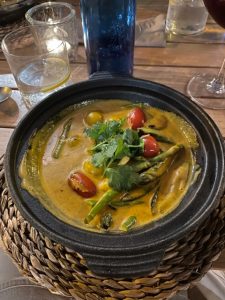 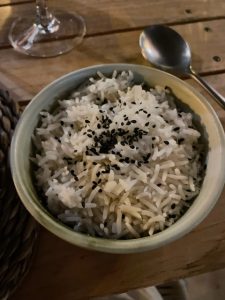 And for a starter, absolutely get the hummus. The best. Marc from Costa Brava, thank you! You made our night so fun. And for the blue bottle. :)