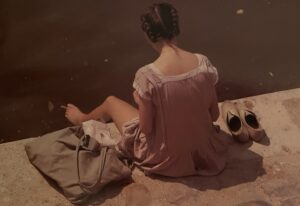 Remember who we are. Evil deals with shadow; Truth deals with light, which dispels the shadows. We are of the Truth. Evil is neither person, place, nor thing.

All the sages have plainly told us that we already walk the streets of this city, but, like the slaves of Plato, our vision is blurred by shadows cast on the wall of human experience.

This is the true city of God ~ the city of right thoughts and right actions, the city that is four square, the length and breadth and thickness of which are equal.

I am one with all other citizens who inhabit this celestial metropolis. Here, in a true communion of Spirit, I find unity, peace and joy.

‘Each person you meet is an aspect of yourself, clamoring for love.’

‘…honor each obstacle as something flowing in its own right in the Universal stream, to see ourselves and the obstacle as two limbs of the same tree drifting in the same river, bumping into each other, and even blocking one another for a moment.

All the while we are invited to question that in us which insists that what is before us is an obstacle in the first place. It may be something small that our history of struggle has enlarged into tragedy or bad luck.

We must not damage ourselves unnecessarily by trying to force a movement to happen before its time.‘