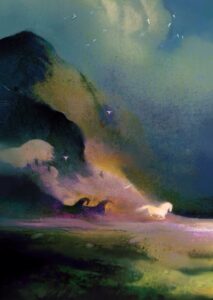 No one knows your path but you. The mystery belongs to you only, unveiled by you in pieces through time, through the span of your life. Your way is innate. Your navigation is inside-out. -Jennifer Rose

We Interrupt This Broadcast

“Today is a day for mourning and remembering.” -Ronald Reagan 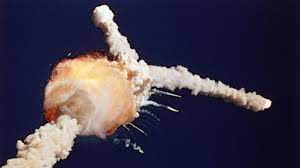 The Space Shuttle Challenger flew nine missions into space. But its fateful tenth mission, which lasted only 73 seconds, ensured its tragic place in history. On the morning of January 28, 1986, a crew of seven boarded the Challenger, including a New Hampshire grade school teacher named Christa McAuliffe, representing the aspirations of so-called ‘ordinary’ citizens to journey into space. It was an adventure vicariously shared by millions of Americans through television, as the Challenger lifted off at 11:38a.m. from the Kennedy Space Center in Florida and hurtled majestically into the sky. But less than two minutes later, horror struck in full view of all who watched.

“From six-time New York Times bestselling author Joe Garner, and based on his groundbreaking multimedia book, “We Interrupt This Broadcast,” comes a 12-episode, audio docu-series hosted by broadcast legend Bill Kurtis, and narrated by NBC’s Brian Williams. Each episode unfolds with the brisk pace and tone of a thriller while presenting an in-depth look into the reporting of, and reaction to, the extraordinary events that became the benchmarks of the American story. It is said that “breaking news” is the first draft of history. “We Interrupt This Broadcast” marks the first time the stories of these historical broadcast news events are told exclusively by the broadcasters and TV journalists whose work created those drafts in real-time.

Brian says goodnight for the final time after he brilliantly summarizes our state of the union.

‘Until we meet again.’

No one covers live, sustained breaking news with compassion and clarity like Brian Williams. I will miss him on television news. Thank you, Brian. ♡ -dayle

Heartbroken that Rachel Maddow has ‘welcomed’ Brian Williams to MSNBC. When she promoted she would share her thoughts tonight, I truly thought she would share her disappointment. Instead, she has welcomed a pathological liar to her network. Williams is a TV personality who gravitated to entertainment more than news, who had reportedly even shown interest in replacing Jay Leno. This is not about ‘redemption’, this is about leading a country from a platform that he has betrayed, not once, but multiple times. There is no place for him in journalism. None. He crossed the line. He shows characteristics of narcism, and I will not watch, or support him. Rachel was my new journalism hero – – I turned to MSNBC for the reporting and investigative journalism, however Brian Williams’ return to TV and to the MSNBC network has caused me to now turn away. I will no longer support MSNBC. This is a very sad day for me. Very sad. I have lost all respect for TV News and journalism – – I gave up on network news a while ago…CNN, as well. FOX? They have polarized our country. And now, MSNBC, and Brian Williams.