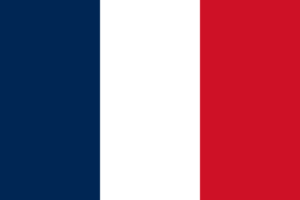 After days of revelry leading up to le 14 juillet and a local military parade with dignities early this morning, the village of Limoux was quiet. And hot. So hot. 39 C which is 102 Fahrenheit. Another solid week of heat coming up, too. The planet is burning. And the leaders dance, and the Buffetts and Kochs double down on oil. Don’t look up. ‘This is what we call a planet killer.’

“Early models indicate a ‘heat dome’ is building over Europe that would trap the continent into high temperatures into August and could create the conditions for a record-breaking summer of blistering heat to rival that of summer 2003.”

You might want to do some research on this one.

From Seth Godin, contributor in the book:

“On Saturday, in dozens of countries around the world, the volunteers behind the Carbon Almanac will be holding book signings to celebrate the launch of this project. I’ll be doing three, and I hope you’ll stop by and say hello if you can. It’s a world record signing because it’s the only world we’ve got–and we are all authors of our future.”

Back to Bastille and note from Pete at Radical Tea Towel.

‘For centuries before 1789, politics in the Kingdom of France concerned itself with kings and noblemen.

The common people, on the other hand, were counted as nothing – and the same was true across Europe.

It wasn’t that the masses were blindly submissive to their exclusion. Bread riots and peasant revolts – like the French jacqueries – were a regular occurrence.

There were even a few organized political movements by the working classes, like the Levellers and Diggers during the English Revolution.

But it wasn’t until the Parisian masses stormed the Bastille prison that the people entered into European politics in such a way that they could never be expelled again.’ 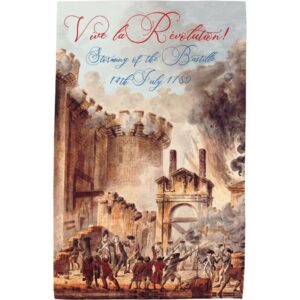 ‘Things weren’t going to plan for the King.

He had wanted the three Estates – clergy, nobility, and commoners – to rubber stamp his fiscal measures and go home.

In June 1789, members of the Third Estate began to call themselves the ‘National Assembly’ – they did, after all, represent the vast majority of the French population.

They also took the famous Tennis Court Oath, a promise not to disband until France had a new constitution.

Reactionary nobles close to the King became nervous.
He had wanted the three Estates – clergy, nobility, and commoners – to rubber stamp his fiscal measures and go home.

There were mass protests in Paris on the 12 July, attacking royal offices. The French soldiers in the city did nothing to intervene – perhaps because they supported the revolutionaries. (Sound familiar? 1.6.21 during the insurgency. -dayle)

The next day, a citizen’s militia was formed, and the Marquis de Lafayette elected its commander.

It was not by the hired soldiers of some foreign aristocratic elite, but by the French people themselves.’

It starts to cool off–oh, you know, to about 90–around 10 pm. So, although getting dark, went exploring along the river Aude. More captures! 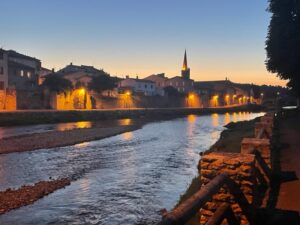 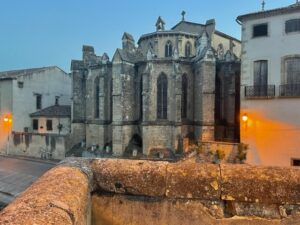 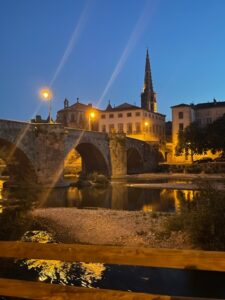 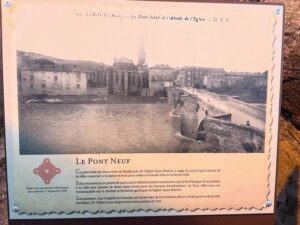 Le Pont Neuf is the oldest in the town of Limoux that connects the two cities, being the villa is completely divided by the river Aude. Dating back to the 1400’s, it originally was made entirely of wood. Often, the Church of Saint Martin in its view. 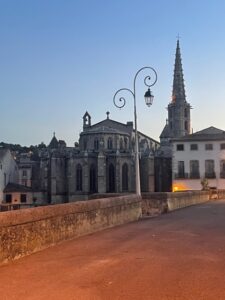 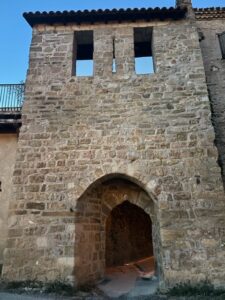 ▲ More history on this capture soon. :) 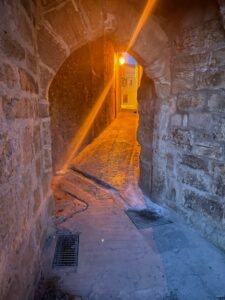 And the tour! Starts to head west after the teams climbed Alpe d’Huez today. Incredible beauty in this country. Why can’t we just stop everything, pas plus, and save the planet. Nothing else matters if we don’t. I mean, nothing. What are we doing. 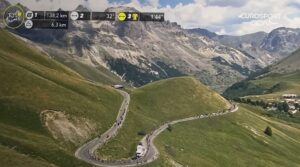 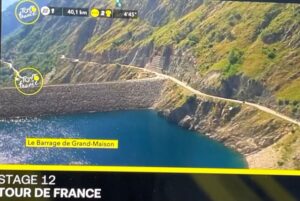 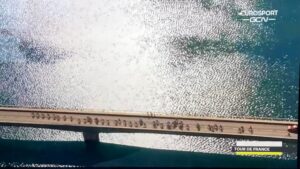 Amidst everything, Just a few countries away, Ukraine. And loosing Liza. 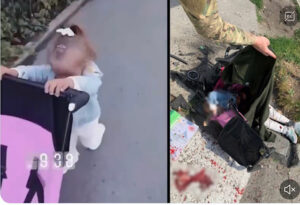 ‘Her name was Liza.
She was 3 years old.
Her mother survived but her leg was blown off and she is fighting for her life in intensive care.’

The picture of Liza on the left was taken about an hour before Putin’s missile strike  killed her.

Borders, power, and evil. When does this stop?

-M. Podolyak, Adviser to the Head of the Office of President of Volodymyr Zelenskyy 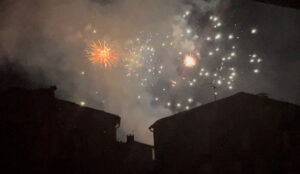 Pre-Bastille Day celebrations! I thought the U.S. knew how to do up fireworks. My lord. Incroyable! So many from Limoux gathered at the river with a canoe parade before the fireworks with lights and torches. I was able to see them right from my little balcony. Couldn’t believe the display; a 20-minute grand-finale. So fun! In the square before the celebrations for liquid nourishment since the temp dropped to a cool 90 at 8:30 pm. 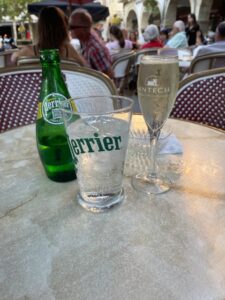 Blanquet de Limoux, the f i r s t champagne. Sorry, Dom. We know where you found your champagne. It was the monks.

In the south of Carcassonne is a place called Limoux, next to this is the beautiful abbey of St. Hilaire. An abbey is a type of monastery that is used by members of a religious order. The St. Hilaire Abbey is one of the most renowned monasteries of the Aude department in Languedoc. Long ago, the monks produced a type of sparkling wine which Limoux became known for: the Blanquette de Limoux.

Considering its history, the Blanquette de Limoux is the most famous wine in the city, it is made from Mauzac grape, which provides a unique taste of apples.

La Lune is full. Fireworks to the left of me, moon to the right, here I am stuck in the middle in Limoux! 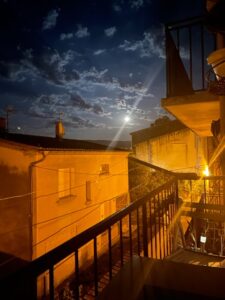 And fires are flaring in France, too. 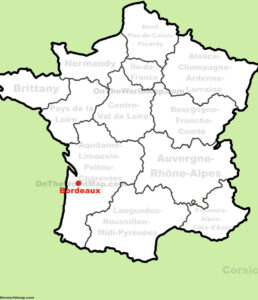 The planet is burning. The heat is extreme. 99 degrees here in Limoux today. Tomorrow and deep into next week, triple digits. How are the Tour de France bikers tolerating this. Pre-race the Jumbo Visma team was donning ice vests. 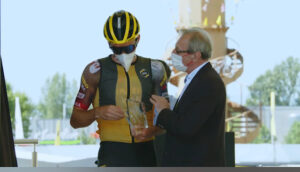 I could have used one of those today and I wasn’t climbing the Col du Galibier. Hydration! 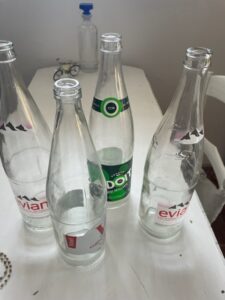 Another intense day tomorrow for Tour de France étape 12, the Iconic Alpe d’Huez for Bastille Day. Brutal. Stage 11 was intensely hot and full of seemingly never ending climbs. And so incredibly exciting–strategies and surprises! Have to share. This is how intense the stage was today. Lance and George watching earlier: 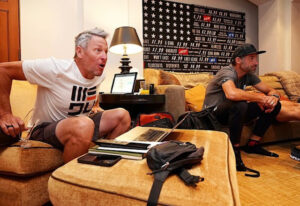 When seasoned pros who know cycling upside down and inside out, this was pretty telling. Incredibly fun to watch and to be in France DURING the Tour de France is craziness! L O V E

The fires burning in the region are near Bordeaux. From The Independent/UK:

Around 6,000 people have been evacuated from the tourist area of Pilat, close to the city and an additional 150 people were evacuated from Landiras due to another blaze.

Footage shared by the local fire service shows the apocalyptic blaze ripping through the forest, filling the orange sky with smoke.

Southwestern France is currently going through an intense heatwave with temperatures around Bordeaux, reaching near 40C.

40 C is 104 degrees Fahrenheit. That’s Limoux’s forecast this weekend, too.

We have to save it now. 🌏 She’s tired of waiting for us, and her impatience with the human species is showing. Gaia has given us so many chances. 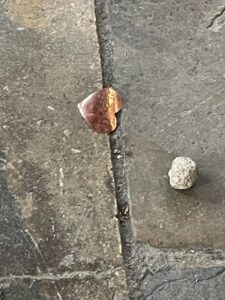 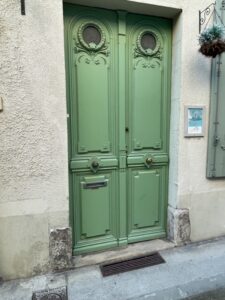 Annie leaves for the U.S. tomorrow at 3 am through Toulouse, Amsterdam, Salt Lake City, and then Sun Valley. Magical she was here in France the same time as her maman.

Serendipity. Synchronicity. Symmetry. The Universe’s most special gifts to me. Merci merci merci. I will miss you, Annie Glenn.

Another gift from the Universe today, although captured eons ago, we get to gaze upon her magnificence now. 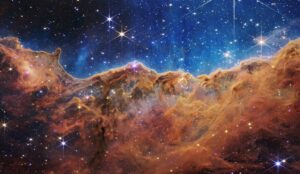 Better together. International collaboration gave us the most powerful space telescope ever made, and the deepest infrared views of the universe ever seen. With our partners, together we #UnfoldTheUniverse. 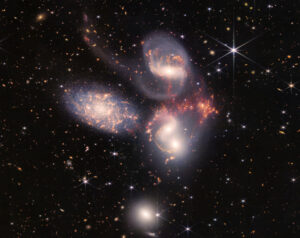 “Think about that: In every pinprick of sky, there are thousands and thousands of galaxies, at least.”

And then, the Universe gives again. The moon in Limoux. 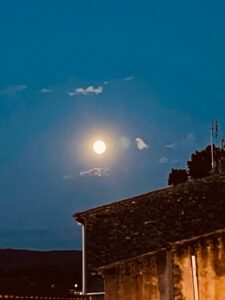 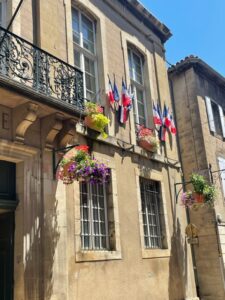 Readying for Bastille Day! As called in France, ‘Fête nationale française,’ and legally le 14 juillet.’ THURSDAY! I should be able to view fireworks from my balcony. Going to immerse myself in the splendor of love for country. It’s been awhile.

“An enormous fortress of prejudices, privileges, superstitions, lies, exactions, abuses, violences, iniquities, and darkness still stands erect in this world, with its towers of hatred. It must be cast down. This monstrous mass must be made to crumble. To conquer at Austerlitz is grand; to take the Bastille is immense.”
― Victor Hugo 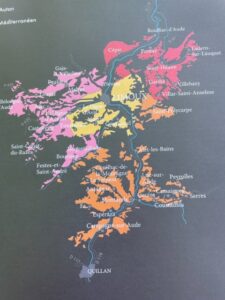 Collecting maps now. :) The Tour is getting closer to Limoux. Too many dropping because of COVID. Mask up. BA.5 is real…and here. Viva Le Tour!