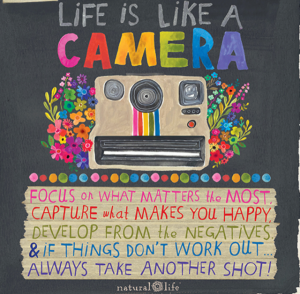 ‘…but I’m still yearning. It’s different now, in that it’s not specific things, just the word: more. That’s the bittersweetness of being granted your wishes, then facing the prospect of losing them. I love my life—my family, my husband, my sweet new dog, my friends, my home, my garden, my work, and this beloved community—and I want to be able to enjoy that life, today and tomorrow and for many years to come.

But with this illness and all the treatment side effects, I can’t rely on my body from hour to hour, much less day to day or week to week, which makes planning or making commitments so difficult. It’s strange to have a sense of urgency to make and do and see, but to also have a body that often just can’t. It’s a particular kind of entrapment.

So here at the beginning of fall, instead of embarking on some grand adventure, I’m rejoicing in the moments where I can enjoy a small one. One day last week, while out at my farmhouse, I woke up feeling… well, feeling like I hadn’t just consumed a dose of rat poison. I have two electric bikes, and that afternoon, my friend Kristen and I hopped on and started speeding down the winding country roads, past babbling brooks, under covered bridges, up into the hills. After awhile, we stopped at a plant nursery with a little outdoor bar and lounge and had cocktails—something I hadn’t done in a very long time. By the time we left, the sun was setting, and I felt almost giddy. That afternoon, I’d had more. 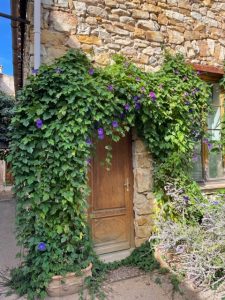 From Fr Richard Rohr, Center for Action and Contemplation.

Old age, as such, is almost a complete changing of gears and engines from the first half of our lives, and does not happen without many slow realizations, inner calmings, lots of inner resistance and denials, and eventual surrenders. All of them by God’s grace work with our ever-deepening sense of what we really desire and who we really are.

Reality, fate, destiny, providence, and tragedy are slow but insistent teachers. The horizon of old age seems to be a plan that God has prepared as inevitable and part of the necessary school of life. What is gratuitously given is also gratuitously taken away, just as Job slowly came to accept.

If we are to speak of a spirituality of ripening, we need to recognize that it is always characterized by an increasing tolerance for ambiguity, a growing sense of subtlety, an ever-larger ability to include and allow, and a capacity to live with contradictions and even to love them! I cannot imagine any other way of coming to those broad horizons except through many trials, unsolvable paradoxes, and errors in trying to resolve them.

The ripening of mind and heart is most basically a capacity for nondual consciousness and contemplation. So my guidance is a simple reminder to recall what we will be forced to learn by necessity and under pressure anyway—the open-ended way of allowing and the deep meaning that some call faith. To live in trustful faith is to ripen; it is almost that simple. 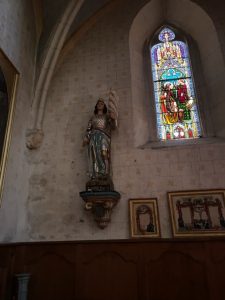 There she is. Johanne. Joan of Arc.

At Église Saint André in Alet-les-Bains.

“One by one they were all becoming shades. Better pass boldly into that other world, in the full glory of some passion, than fade and wither dismally with age.” 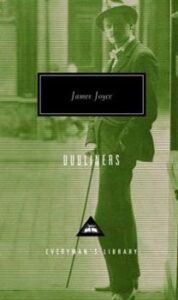 First published in 1914. It presents a naturalistic depiction of Irish middle class life in and around Dublin in the early years of the 20th century.

“Für Elise” — Beethoven’s melody that plays in the streets of Taiwan to let residents know it’s trash collection time. Better than ‘clean up, clean up, everybody do you share.’

The “New Frontier” spot is part of Salesforce’s “Team Earth” campaign, which calls on businesses and individuals to rally around a fair and more sustainable future.

Frances McDormand speaking to NPR last year before the launch of HBO’s Olive Kitteridge (she won an Emmy for the role Sunday night).
~
‘One of the reasons that I am doing press again after 10 years’ absence is because I feel like I need to represent publicly what I’ve chosen to represent privately — which is a woman who is proud and more powerful than I was when I was younger. And I think that I carry that pride and power on my face and in my body. And I want to be a role model for not only younger men and women — and not just in my profession, I’m not talking about my profession. I think that cosmetic enhancements in my profession are just an occupational hazard. But I think, more culturally, I’m interested in starting the conversation about aging gracefully and how, instead of making it a cultural problem, we make it individuals’ problems. I think that ageism is a cultural illness; it’s not a personal illness. Getting older and adjusting to all the things that biologically happen to you is not easy to do, and is a constant struggle and adjustment {…} I want to be revered. I want to be an elder; I want to be an elderess. I have some things to talk about and say and help. And, if I can’t, then — not unlike Olive — I don’t feel necessary.’