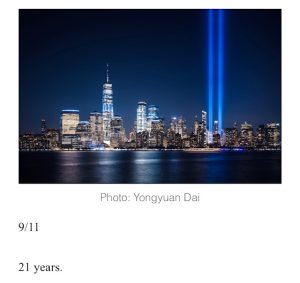 I’ll share my explorations about Joan and Rouen tomorrow. Today is the 9/11 anniversary. Every moment of that day, indelible. Coronado, California.

From former CBS news anchor and author Dan Rather.

‘We tend to mark major anniversaries. But why should this year be less important?
It isn’t.

And yet I wonder: Is this still a day that stops us in our tracks?

We will never forget where we were when we heard, when we saw, when we cried.

But so much has passed between then and now.

But so too have events that followed.
History marches in only one direction — forward — in lockstep with our lives.

Still, I am drawn back. I know that it will be so for as long as I am here.

That bright, sunny morning — a postcard of a New York day that turned hopelessly dark.

I smell the smoke.
I hear the screams.
I see the faces of the perpetually missing in walls of photographs.
I touch the void.

I think of our national goodwill
and how it was squandered.

I wonder at a unity
that has dissipated to acrimony.

I mourn for those who died that day.
And those who perished in the wars that followed.
One of which was a misguided war of choice. The folly of Iraq still haunts us.

The questions accumulate. We ask despite knowing there are no answers.

Fate can be cruel. And on that day the cruelty left us all altered.

I think especially of those who lost friends and loved ones.
The personal emptiness they have had to face is greater than our collective grief.
Let us never forget that.

For the rest of us, we lost a sense of invulnerability.
How could our mighty nation be thus attacked?

Today the vulnerability of terrorism remains.

But it is crowded with a long list of others.

Our country is precarious.
We feel exposed.
At risk.

And it is not only for us as individuals.
Our national freedoms,
Our constitutional rights,
Our public health,
and the very mechanisms of democratic governance are under threat.

We yearn for stability
knowing it will be ever elusive.

But strength and resilience are possible.

We saw that then.
And we can see it now.

For those of us who were lucky enough to emerge from the tragedy, steady we must be.

To carry on the memory of those who perished
into the challenges ahead.’ 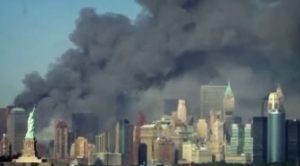 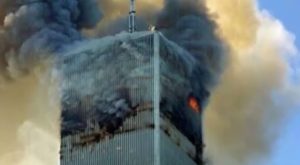 ‘When all is said and done, the gospel comes down to forgiveness. I’d say it’s the whole gospel. It’s the beginning, the middle, and the end. People who know how to forgive have known how good it feels to be forgiven, not when they deserved it, but precisely when they didn’t deserve it.’

We played this on KyXy radio in San Diego.