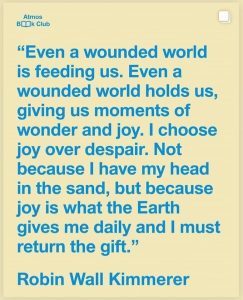 One of my favorite writers, Rebecca Solnit, posted this on social media–a quote from Robin Wall Kimmerer, a cherished essay called, Braiding Sweetgrass: Indigenous Wisdom, Scientific Knowledge, and the Teachings of Plants.

‘Grieving is a sign of spiritual health. But it is not enough to weep for our lost landscapes; we have to put our hands in the earth to make ourselves whole again.’

‘Action on behalf of life transforms. Because the relationship between self and the world is reciprocal, it is not a question of first getting enlightened or saved and then acting. As we work to heal the earth, the earth heals us.’

🌹There is no death. There are only new beginnings. As the sun sets it rises somewhere else. Whether it’s dawn or dusk, the light is always burning, always evolving into greater love.

Reading this quote again earlier today, my mind wallowed to Poussin’s own discovery of the Sacred Architecture in the Languedoc/Occitanie region of France and his painting, Les Bergers d’Arcadie (The Shepherds of Arcadia). Some consider it to be one of the greatest mysteries in France. 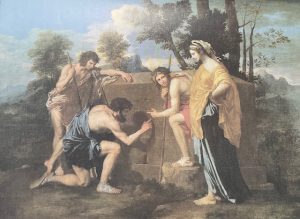 ‘Even in Arcadia, there am I’ 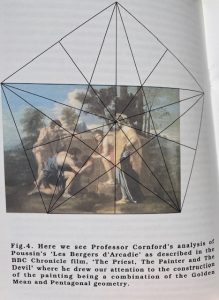 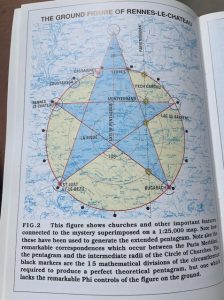 [Images are from the book, ‘Poussin’s Secret.‘]

“Seeing this complex harmony of trigonometrical, geometrical and doctrinal factor so brilliants interlaced, forcibly reminds one of the face that even Louis XIV went to considerable lengths to pursue this mystery. He knew that the Poussin painting held clues to a great secret, and he eventually became its owner.

His interest was no doubt precipitated by a strange letter which his Superintendent of Finances, Nicolas Fouquet, received from his brother, the Abbe Louis Fouquet, after the latter had met with Poussin in Rome. Part of the letter reads:

‘He and I discussed certain things, which I shall with ease be able to explain to you in detail. Things which will give you, through Monsieur Poussin, advantages which even kings would have great pains to draw form him and which, according to him, it is possible that nobody else will ever rediscover in the centuries to come. And what is more, these are things so difficult to discover that nothing now on this earth can prove of better fortune nor be their equal’ [p.23]. 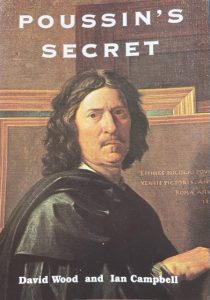 ‘According to ancient Asian philosophy, life is not a straight line but a spiral.’ (A go-to doodle!) 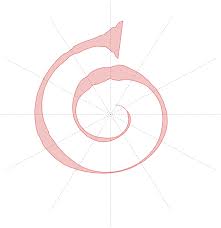 ‘Every life lesson that has ever been presented to me (which means everything I have ever been through) will come back again, in some form, until I learn it. And the stakes each time will be higher. Whatever I’ve learned will bear greater fruit. Whatever I’ve failed to learn will bear harsher consequences.

Whatever didn’t work in my life before this point was a reflection of my failure to integrate the different parts of myself. Where I didn’t yet accept myself, I attracted a lack of acceptance in others. Where I hadn’t yet dealt with my shadows, I manifest shadowy situations. Broken parts of me encountered broken parts of others. But now I know! That was then and this is now.

The situation is what it is, although we will invariably cycle through stages of denial, anger, bargaining, resignation, and (hopefully) acceptance. The suffering might feel wrong, terminal, absurd, unjust, impossible, physically painful, or merely beyond our comfort zone. Can you see why we must have a proper attitude toward suffering? So many things, every day, leave us out of control—even if it is just a long stoplight. Remember, however, that if we do not transform our pain, we will surely transmit it to those around us and even to the next generation.’ 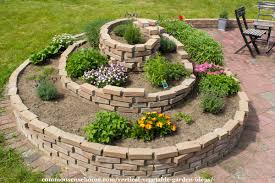 18 degrees cooler than the average over the last two months, which is actually, or was, the normal temperature this time of year. Read this earlier from AXIOS:

A new study reveals the emergence of an Extreme Heat Belt from Texas to Illinois, where the heat index could reach 125°F at least one day a year by 2053.

The findings come from a hyperlocal analysis of current and future extreme heat events published today by the nonprofit First Street Foundation. 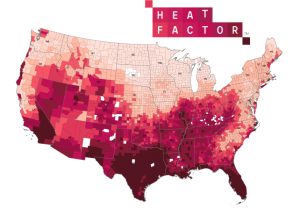 And from director and co-writer of the film, “Don’t Look Up”, Adam McKay posted this earlier on social media:

“This is full on as terrifying as anything I’ve ever seen.”

The recent droughts in Europe once again made visible the “Hunger Stones” in some Czech and German rivers. These stones were used to mark desperately low river levels that would forecast famines. This one, in the Elbe river, is from 1616 and reads: “If you see me, cry.”

‘Even a wounded world holds us…’