No truer words. Miss him. To hear how he would unpack this for everybody, with incomparable humor, massive intellect, and deep concern for all those being mistreated and more importantly, misguided, I would be happy to claim my front row seat. 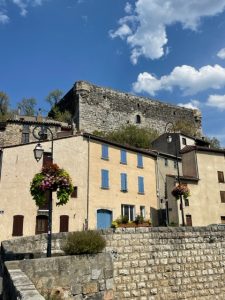 More exploration today. Found a ruin! Invariably I seem to pick the hottest days to climb. 104. Actually, it might have been 111 at one point. Doesn’t matter. Hot is hot. And it’s hot everywhere. And burning.

I missed the first bus, or it never showed. Not sure. Caught the next one two hours later and headed south to Quillan, located in the foothills of the Pyrenees. Sweet little village. 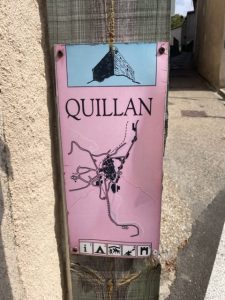 Tree lined streets, an active place (square), and a Romanesque church mentioned as early as 930. 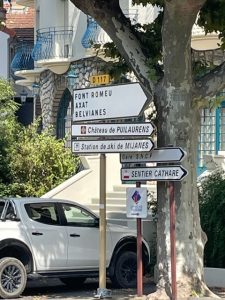 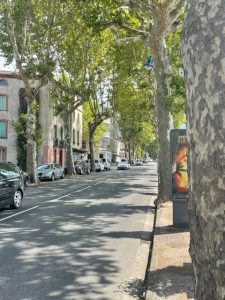 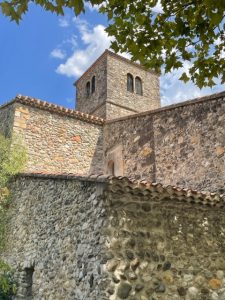 The squared architecture is our first clue that this one goes way back, although some renovations have occurred over the centuries. Above the entry, or ‘porch’ area, a wooden Pieta. 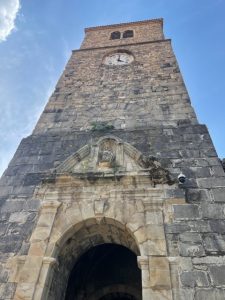 First time I tried to open the door, locked. Dang it. So walked around a bit. Then I saw the ruin! Started the climb. And then, on my way back, the door was open! Beautiful. The Divine Feminine once again given priority and attention, as so many in this region. 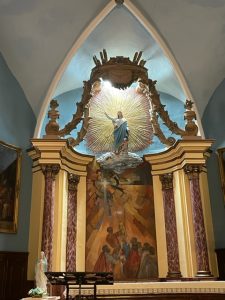 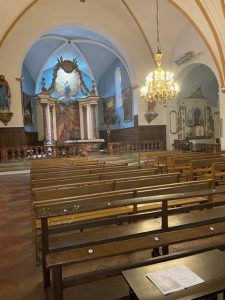 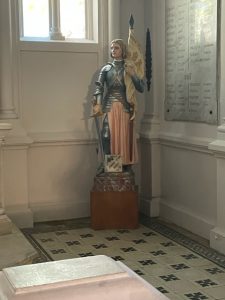 Doing some research on the ruin, the castle, when I returned because I wasn’t familiar with this one at all. 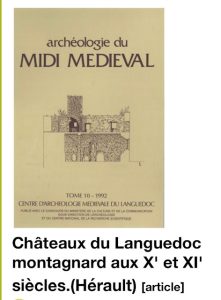 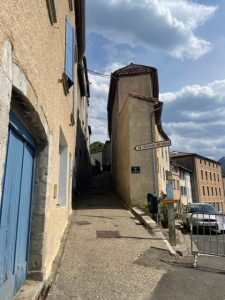 Truly fascinating piece about how things worked and were designed in this 12 century chateau. Catholics and Protestants captured Quillan alternately during the religious wars despite the defensive ramparts around the town [all-andorra.com]. After the Crusades ended, the town became a military fortification to withstand the invasions of the Aragonese. First look, it really does look more like a fort than a castle. 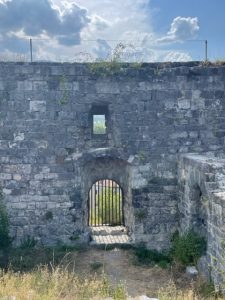 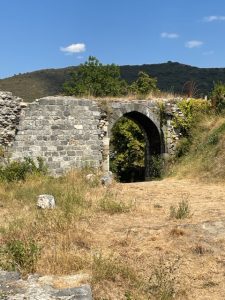 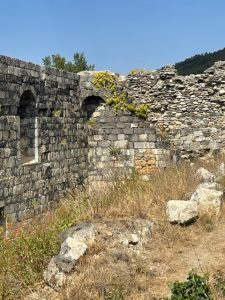 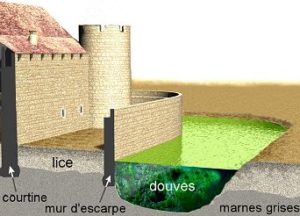 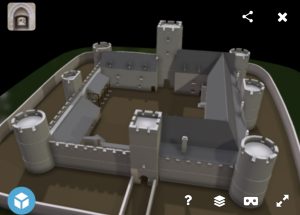 an exterior door and drawbridge (renderings), 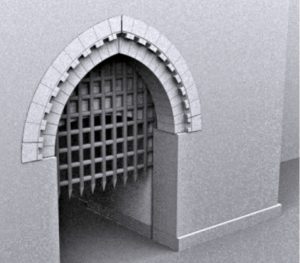 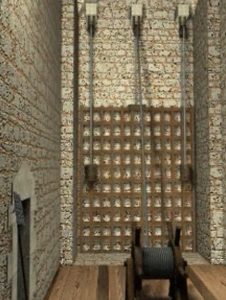 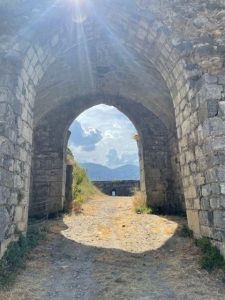 and archery slits.’ (These knock me out every time I see them. History suddenly manifest…real…the violence and fear…always defending to live.) 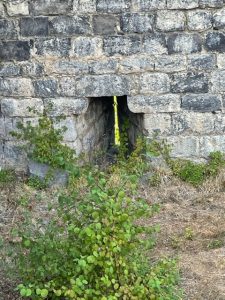 The stones from the walls were excavated from the river.’ 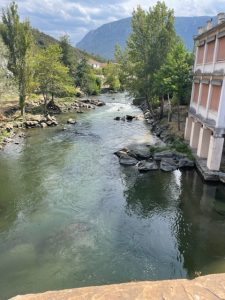 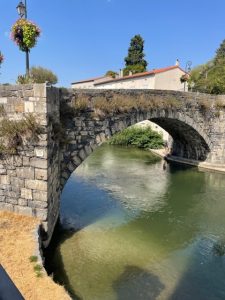 And this particular chateau had working latrines! 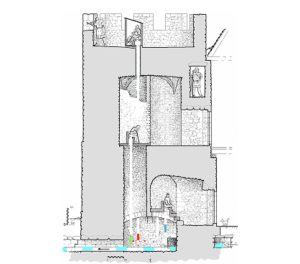 ‘The southeast and south towers were latrine towers with different functions.
The south tower, with four latrines, served the three levels. Its pit, built in its foundations, was emptied by rainwater guided by a system of underground canals.’ 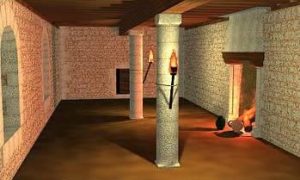 Back in the village, spotted a building with a sundial. 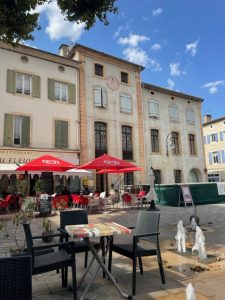 And a Criterium on Sunday, which I just might return to see. Folks were setting up for it today. 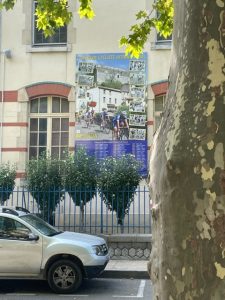 And there’s a marche on Sundays in Quillan, too. Started my day at the Friday morning marche for carrots, flowers, and more incense. :) 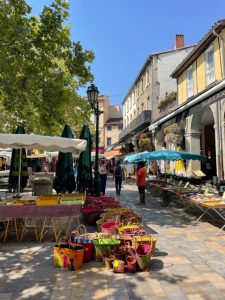 Tomorrow there’s a marche in Carcassonne. I’ll see if I’m up for another day of being wrung. Weather…fingers crossed…is supposed to relax a bit beginning on Sunday. At this point, I’d be grateful for just a bit of breeze.

Awful development today in the U.S. Collective prayers lifted for Salman Rushdie. Très triste. The prognosis late tonight is not good. U.S. journalists are reporting Rushdie is on a ventilator and cannot speak. Quoting, “He will likely lose one eye; the nerves in his arm were severed; and his liver was stabbed and damaged.” Because of religion. Again. And again. And again. A post I read tonight on social media:

“This is outrageous and horrible. I maintain my stance, coming from a religious childhood, that religion is the single biggest threat to humanity since its inception. All the hate, violence, persecution and blood spilled because of it is immeasurable.”

‘French President Emmanuel Macron wrote that Mr Rushdie “embodied freedom and the fight against obscurantism” and was the victim “of a cowardly attack by the forces of hatred and barbarism.”‘ 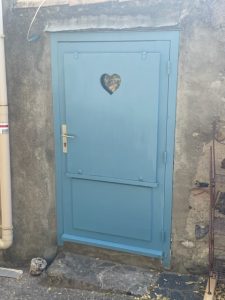