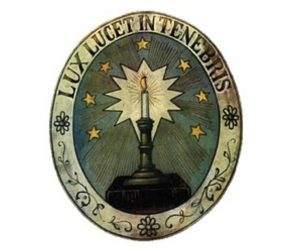 Waldensian symbol Lux lucet in tenebris, “A light shines in the darkness.”

Isn’t this so beautiful?! Discovered this Waldensian symbol reading and researching the Languedoc/Occitanie region of France. The Waldensians were an ascetic movement within Western Christianity started in the 12th century before the Reformation. They embraced poverty and simplicity, and believed many of the Catholic clergy were unworthy due to their associations to wealth, divinity, and power, and claiming to be ‘divine communicators with God.’ They were pacifists and believed people should have the right to read the Bible for themselves. So, of course, they were deemed heretics, even though they followed the gospel and believed followers should live as apostles. They were persecuted and massacred throughout the centuries. One particularly horrific slaying took place in 1655 in Piedmont, Italy, bordering France. Thousands were brutally murdered and later inspired John Milton to write a sonnet titled, ‘On the Late Masacre in Piedmont.’

‘…even them who kept the truth so pure of old,

when all our fathers worshiped stocks and stones;

forget not: in thy book record their groans…’

The historical account of the massacre is harrowing, and very very difficult to read. Dogma has always served us so well, hasn’t it.

So this happened today. :) 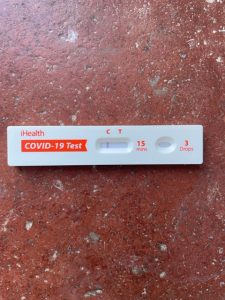 Day 8. I’m going to test again in the morning to confirm it isn’t a false negative. Ten days are what many epidemiologists are recommending to prohibit infecting others. The CDC in the U.S. is still promoting five days without a negative test before recirculating. Pas bon. I felt better on day five, but. I was still positive. How did I know? Because I t e s t e d. And then a bit of a relapse on day seven. If I was out and about, no doubt I could have infected other people. Numbers are going way up again, while noticing many people walking around with seemingly heavy colds, coughing and congestion. How many of those are Covid +? Most likely, quite a few. My bout started with an intense sore throat and the last symptom to abate.

Keep the colds at home. 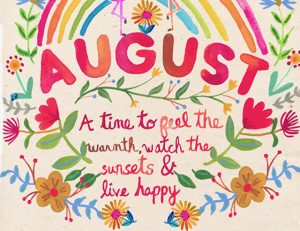 And Power Path says it could be a bumpy ride.

Courage is for moving forward into your next step.

Determination is for doing whatever it takes to follow through.

Flexibility is for adjusting and refining as needed during this erratic and unpredictable time. It is a good month to plan ahead but with adjustments when necessary.

The proactive resiliency we hopefully ended up with last month leads us into the challenges of August beginning with a tension created by seemingly opposing influences, pushing and pulling and forcing decisions we may not feel ready for. Tension can be a proactive energy that fuels change and inspires you to action. We need to be careful during these first days not to act out of reaction but to consider our bids for power carefully and practically. Decisions and intentions need to come from our own intuitive truth and from the emotional intelligence of your heart. If you overthink or obsess, you will only add to the potential confusion and possibly lose out on a good opportunity. 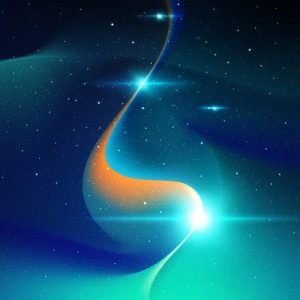 [You can read more at thepowerpath.com.]

Tomorrow, the journey begins…again. Ten day Covid interlude, ready for some pre-adventure planning. So much to explore! And learning loads about the layers of deep history in this magical, beautifully heretical region of France. The energy is palpable, signaling constantly, ‘Healing the Universe is an inside job.’ [Mindwalk, Le Mont-Saint-Michel.] Another remarkable creation from this area deep in the south of France, the Troubadours, or if female, a Trobairitz. They were performers of Old Occitan lyric poetry, mostly about chivalry and courtly love. The town of Puivert welcomed the Troubadours in the 12th century and at The Chateau de Puivert, still standing although badly damaged after the Albigensian Crusade. 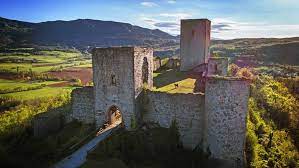