The Dobbs Decision Isn’t Just About Abortion. It’s About Power.

The legal journalist Dahlia Lithwick breaks down the Dobbs decision and considers the “raw power” of the Supreme Court’s conservative supermajority.

On Friday, June 24, a Supreme Court majority voted to overturn Roe v Wade. I am recording this on Saturday evening, and abortion is now banned in at least nine states. More likely to follow in the coming days. The way to understand this moment goes beyond any one case. This is a moment of legal regime change. This has made clearest in a concurring opinion written by Chief Justice John Roberts. He charges — it’s really an extraordinary document. He charges the other five Republican appointees with abandoning judicial restraint. He writes quote, “If it is not necessary to decide more to dispose of a case, then it is necessary not to decide more.”

Perhaps we’re not always perfect and following that command, and certainly, there are cases that warrant an exception, but this is not one of them. There are now six Republican appointees on the Supreme Court to three Democratic appointees. That is true despite Republicans losing the popular vote in seven of the last eight presidential elections. The Supreme Court is our least Democratic branch, but it has become unbelievably undemocratic, maybe even anti-democratic.

I’m joined today by Dahlia Lithwick. She covers the Supreme Court for Slate, she hosts the legal podcast “Amicus.” she’s a person I turn to whenever I need to understand the court, and she brings her clarity and passion in spades here today. As always, my email is ezrakleinshow@nytimes.com.

Well, this is where we get back to that. I remember a couple of years ago, you and I chatted about this minoritarian rule problem that leaches its way not just through the filibuster, which means the WHPA, the Women’s Health Protection Act, didn’t even come to a vote that would have codified Roe or the filibuster rule, the John Lewis Act, which would have reinstated the parts of the Voting Rights Act that Shelby County gutted.

And I think that part of the thing that we need to really wrap our heads around is what do you do when Republicans currently sitting on the court were seated by presidents who, in fact, lost the popular vote but won the electoral college and the electoral college is massively weighted towards rural agrarian states and that in turn is reaffirmed by a Senate that massively, massively malapportioned in the interests of rural agrarian states. And they then, once they get on the court, become a party too exactly what you’re describing, which is shrinking the vote whether it’s Shelby County, or Brnovich last year.

Whatever it is, it feels as though this really does feel like the doom loop of minority rule right now. 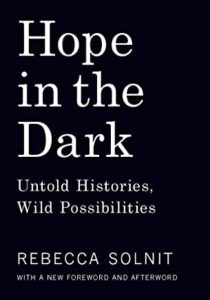 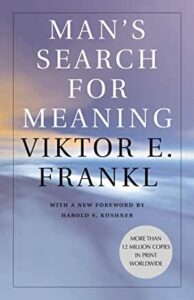 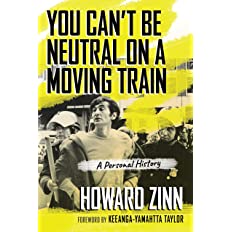 “To be hopeful in bad times is not just foolishly romantic. It is based on the fact that human history is a history not only of cruelty but also of compassion, sacrifice, courage, kindness. What we choose to emphasize in this complex history will determine our lives. If we see only the worst, it destroys our capacity to do something.

If we remember those times and places, and there are so many where people have behaved magnificently, this gives us the energy to act and at least the possibility of sending this spinning top of a world in a different direction. And if we do act in however smaller way, we don’t have to wait for some grand utopian future. The future is an infinite succession of presents. And to live now as we think human beings should live in defiance of all that is bad around us is itself a marvelous victory.” Howard Zinn, “You Can’t Be Neutral on a Moving Train.”