“There is nothing more tragic in the  modern world than the misuse of power and action to which men are driven by their own Faustian misunderstandings and misapprehensions. We have more power at our disposal today than we have ever had, and yet we are more alienated and estranged from the ground of meaning and of love than we have ever been.

Contemplation in a World of Action, 1965

‘…you will see that (we) move almost automatically into a pattern of up or down, in our out, for me or against me, right or wrong, black or white, gay or straight, good or bad. It is the basic reason why the “stinkin’ thinkin'” of racism, sexism, classism, homophobia, religious imperialism, and prejudice of all kinds is so hard to overcome and has lasted so long…’

‘Neuroscience now makes very clear that humans deeply love predictability and fear all unpredictability, which encourages us to make all kinds of absolute affirmations, especially about fearful or dangerous things…’

‘Our religion is not working well: suffering, fear, violence, injustice, greed, and meaninglessness still abound. This is not even close to the reign of God that Jesus taught. And we must be frank: in their behavior and impact upon the world, Christians are not much different than other people. — Christianity is now seen as “irrelevant” by some, “toxic” by many, and often as a large part of the problem rather than any kind of solution. Some of us are almost embarrassed to say we are Christian because of the negative images that word conjures in others’ minds. Young people especially are turned off by how judgmental, exclusionary, impractical, and ineffective Christian culture seems to be. — We must rediscover what St. Francis of Assisi (1182–1226) called the “marrow of the Gospel.” It’s time to rebuild from the bottom up. If the foundation is not solid and sure, everything we try to build on top of it is weak and ineffective. Perhaps it’s a blessing in disguise that so much is tumbling down around us. It’s time to begin again.’ 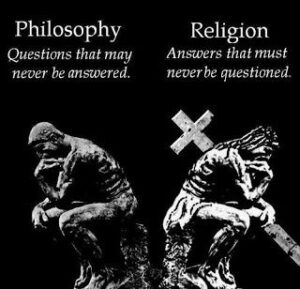 “In a sense, Christians have always lived a different epistemological existence than nonbelievers. But this is something new.”

An expose on Evangelical Christianity leaning into civil war written by Tim Alberta, the chief political correspondent for Politico. His piece was recently published in The Atlantic.

“More than a few times, I’ve heard casual talk of civil war inside places that purport to worship the Prince of Peace.”

The findings of nearly 300 pages include shocking new details about specific abuse cases and shine a light on how denominational leaders for decades actively resisted calls for abuse prevention and reform. They also lied to Southern Baptists over whether they could maintain a database of offenders to prevent more abuse when top leaders were secretly keeping a private list for years.

The report — the first investigation of its kind in a massive Protestant denomination like the SBC — is expected to send shock waves into a conservative Christian community that has had intense internal battles over how to handle sex abuse. The 13 million-member denomination, along with other religious institutions in the United States, has struggled with declining membership for the past 15 years. Its leaders have long resisted comparisons between its sexual abuse crisis and that of the Catholic Church, saying the total number of abuse cases among Southern Bapitists was small.’ [5.22.22] 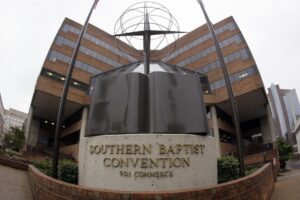 ‘Without the contemplative and converted mind, much religion is frankly dangerous for society.’ Fr Richard Rohr

We all will reach a moment when a voice inside says, “I can’t. It’s too difficult, too dark.” What if these moments were invitations to find another voice inside? The voice that says “You are brave.” The pain of transition is what precedes the beginning of something new. -Revolutionary Love

Dan Rather, journalist and author, “Steady” and the book What Unites Us:

‘As with all that we face, we can find resilience in recognizing the threat and calling it out. We should not let the abhorrent become acceptable. There can be pressure in persistence.

In resisting and organizing against the forces of division, we can secure our democracy in ways that could leave it stronger. The crises we face are not new. Turning back the tide, through the vote and the mobilization of action, can leave this country more just and better prepared for the challenges ahead.’ 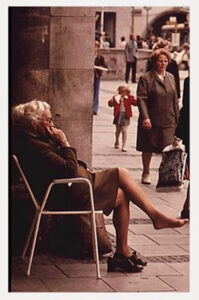 From writer and author Suleika Jaouad:

‘When I think of this, I think of my friend Quintin Jones—aka “Lil’ GQ,” if you’ve read my book [Between Two Kingdoms]. Quin survived a childhood difficult beyond measure, including poverty, abuse, mental illness, addiction, and living on the streets as a young teen. In his two decades on death row, he spent 23 hours a day in solitary confinement, and he could have folded in on himself, given up all sense of hope. Instead he reckoned with his past, sought forgiveness for his wrongs, and committed to becoming a light to others, building meaningful friendships from his cell with pen pals across the world, myself included. 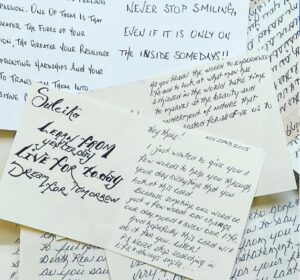 To me, Quin is the embodiment of someone who was forced to plumb the depths of their strength and was continually uncovering new reserves. Here on the one-year anniversary of his execution, I’m resharing his prompt “Survival Skills,” which asks us to reflect on our strength—on our ability to endure.’ [5.22.22] 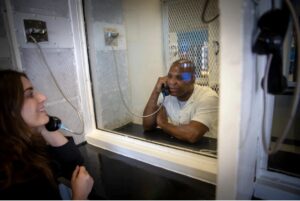 Ending with a story of light ✨from professor Scott Galloway, who returned to his Los Angeles high school recently.

‘Scott goes back to high school.’

CAC teacher Brian McLaren has long asked questions out loud that many have often asked only to themselves. In his new book Do I Stay Christian?, Brian outlines compelling reasons both to leave and stay within Christianity. Today we share his critique of Christianity’s complicity with violence. Such truth-telling can be difficult to read. We invite you to practice the contemplative stance of “holding the tension of opposites”:

Echoing its founder’s nonviolence, the Christian faith initially grew as a nonviolent spiritual movement of counter-imperial values. It promoted love, not war. Its primal creed elevated solidarity, not oppression and exclusion [see Galatians 3:26–28]. . . . The early Christians elevated the equality of friendship rather than the supremacy of hierarchy (John 15:15; 3 John 14, 15).

This commitment to nonviolence rapidly eroded in the early fourth century when the emperor Constantine declared Christianity the religion of the empire. This led to an acceptance of violence and domination against the empire’s enemies, but also perceived “enemies” from within:

What the empire wanted to do, the church generally blessed. . . . This cozy relationship with empire continued long after the Roman Empire had fully collapsed. The church supported the empire’s many reincarnations in French, German, Spanish, Portuguese, Dutch, British, Russian, German, and American imperial ventures. Each empire could count on the mainstream Christian church to bless its successes, pardon its failures, and pacify and unify its masses.

A community with a history of violence to Jews . . . does not sound like a safe place for non-Christians. But as a chaplain to empire, Christianity was not a particularly safe place for Christians either—at least not those who chose to differ from the authorities of the church or state. Choosing to differ, in fact, was the root meaning of the word heresy. . . .

Historians generally agree: while the records are unreliable and incomplete, at least tens of thousands of suspected nonconformists were prosecuted by church courts between 1180 and 1450; many thousands were tortured; over a thousand were executed by church authorities. . . . In a seventy-year period starting in 1560, 80,000 women were tried as witches and 40,000 were killed. . . .

Today, abuse of Christians by Christians tends to be more emotional and spiritual than physical. But shunning and disowning (forms of relational banishment), public shaming and character assassination, private humiliations, church trials of nonconformists, blacklisting, and other forms of Christian-on-Christian cruelty continue, and more and more traumatized people are coming forward with their stories. . . .

To state the obvious: Jesus never tortured or killed or ruined the life of anyone, but the same cannot be said for the religion that claims to follow him.

Knowing what I now know, if I were not already a Christian, I would hesitate in becoming one, at least until the religion in all its major forms offers a fearless, searching, public moral accounting for its past crimes . . . first, against Jews, and also against its own nonconformist members.