Finally, a publication digging deep and giving light to the social and cultural cancer that is Rupert Murdoch’s FOX news and specifically to the hate and darkness that is Tucker Carlson. This is the first of three parts, available to all, that is, not blocked by a pay wall.

Please read and discover how a man who inherited his father’s broadcast talent only to turn his platform into a vehicle for hate and meanness to weaken, perhaps destroy, the fabric of our democracy, “you vs. them”…distrust of other…night after night, reaching three million views each broadcast, with his poisoned tentacles of disinformation, lies, and clouded deceit reaching across platforms and computers. Ideology? Maybe. More likely because he found a message that gave him the opportunity he wanted, to make money, millions. This is what he always wanted to have, especially after being abandoned by his mother, who “didn’t like him.” He allowed this personal darkness to shape his destiny, and ours. -dayle

Reporting was contributed by Larry Buchanan, Weiyi Cai, Ben Decker, Barbara Harvey, Candice Reed, Michael D. Shear and Karen Yourish. Julie Tate contributed research. Nicholas Confessore is a New York-based political and investigative reporter and a staff writer at the Times Magazine, covering the intersection of wealth, power and influence in Washington and beyond. He joined The Times in 2004.

Often think back to this this post on Twitter from an encounter with Carlson at a fly fishing shop in Montana; it brings hope there are, could be, so many more democratic citizens in this country who feel, who know, the same. -dayle

“You are the worst human being known to man.”

Reporter Nick Confessore:
Today, you can read Part 2 of our @nytimes
series “American Nationalist.” This installment takes you inside how “Tucker Carlson Tonight” was built, how Carlson shaped and reshaped the show — and how he made war on critics & rivals at Fox.
‘His new direction — Trumpism without Trump.
“He is going to double down on the white nationalism because the minute-by-minutes show that the audience eats it up,” said another former Fox employee, who worked frequently with Mr. Carlson.
To maintain its dominance in the post-Ailes era, the teams working on Fox’s evening lineup began to make wider use of expensive ratings data known as “minute-by-minutes.” Unlike the “quarter-hour” ratings more commonly used in cable newsrooms, which show how each 15-minute “block” performed, the minute-by-minutes allow producers to scrutinize an audience’s real-time ebb and flow. Mr. Carlson, determined to avoid his fate at CNN and MSNBC, was among the network’s most avid consumers of minute-by-minutes, according to three former Fox employees. “They’re all obsessed with the minute-by-minutes,” said a former Fox employee. “Every second that goes on that network now gets scrutinized.”

“Moneyball” for television: a data-driven, audience-first approach to deciding what to cover and how to cover it.

Lachlan Murdoch — sole heir to the throne. He’s widely viewed as having more conservative politics than his father.’

“What we’re here for is to honor and celebrate the 4th Estate…and what you stand for…what you stand for…an additional check and balance that holds power to account and gives voice to those who otherwise wouldn’t have one.” 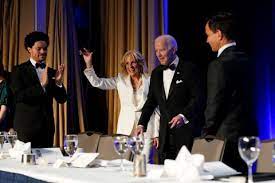