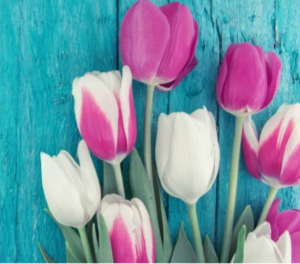 What are we to do now?

Protests allow venting and give voice.

In the United States of America, only dollars move politics and policy.

Shut downs are possible, we saw this in early March 2020. Everything Stops.

Not hyperbolic. What’s next?

All built on the premise of privacy, not equality.

Indeed. For a woman to answer.

“Happening” unfolds in 1963 France, but the story of a woman risking imprisonment and her health to obtain an illegal abortion has emerged as the year’s most urgent drama.

“When I started thinking about making a movie about this topic, everybody asked why I would want to do that at this time?” says Audrey Diwan, director and co-writer of the IFC film, debuting in theaters May 6. “Now everybody tells me how timely it is.”

That’s because in the years that it took Diwan to bring “Happening” to the screen, the composition of the U.S. Supreme Court shifted dramatically to the right, with conservative justices achieving a supermajority.

Now, per Politico, the Supreme Court has voted to strike down the landmark Roe v. Wade decision — and with it nearly 50 years of abortion protections — according to an initial draft majority opinion circulated inside the court.

“The story I tell is a poor woman’s story,” says Diwan. “If you have money, you can go to another country and find somewhere where it’s legal and you find a way to have a medicalized abortion. The working class experiences these problems differently.”

The director is also upset that six of the nine-member court are men. What right, she asks, do they have to determine whether women have access to abortions?

“I would love to show them this movie,” says Diwan. “It’s complicated to make this decision. It’s even hard to be pregnant if you want the baby. For these men, it’s all just theoretical.”

“Well I know what’s right, I got just one life
In a world that keeps on pushin’ me around
But I’ll stand my ground and I won’t back down”

This summer the United States will reverse a Constitutional right for 2.5 generations.

Of Course the Constitution Has Nothing to Say About Abortion

There is no mention of the procedure in a four-thousand-word document crafted by fifty-five men in 1787. This seems to be a surprise to Samuel Alito.

‘True, women are no longer without electoral power [Alito]. But they were without it for almost the entirety of the history on which Alito grounds his analysis of the Constitution and its provisions. You don’t need a leaked document to learn that.’

‘Alito cites a number of 18th texts; he does not cite anything written by a woman—not because there’s nothing available. Mary Wollstonecraft wrote “A Vindication of the Rights of Woman” in 1791: “a man and his wife … she is but a part of him … a “non-entity.”’ 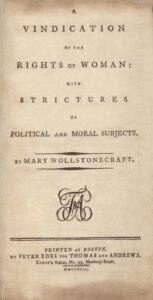 Women are indeed missing from the Constitution, as Justice Samuel Alito’s leaked draft opinion suggests. That’s a problem to remedy, not a precedent to honor.

I’m not even a hard-liner on the question of abortion; I find it morally thorny. But, when Samuel Alito says that people who believe abortion is a constitutional right “have no persuasive answer to this historical evidence,” he displays nothing so much as the limits of his own evidence. “The page of history teems with woman’s wrongs,” as the nineteenth-century abolitionist Sarah Grimké once put it. It does not teem with women’s rights. To use a history of discrimination to deny people their constitutional rights is a perversion of logic and a betrayal of justice. Would the Court decide civil-rights cases regarding race by looking exclusively to laws and statutes written before emancipation?

Choosing to Inhabit a Better World

The Trunk, a Flourish Foundation Newsletter 🌱

‘…if I celebrate the preciousness of the human body, the innate capacity for love and wisdom, and the vast potential for beauty, my eyes soften, my mind settles, and my heart opens to a reality of joy.

Again, these two realities hinge upon the faculty of attention.   In the ancient language of Sanskrit, the word for attention, manisikara, literally means ‘creating in the mind’.   In the Principles of Psychology, William James, wrote, “Each of us literally chooses, by (our) ways of attending to things, what sort of a universe (we) shall appear to (ourselves) to inhabit.”

Because our attention strongly defines reality, it is important to consider what are the objects of attention the mind is drawn to and do these support our own and others’ well being?

If we engage in this investigation, chances are we’ll discover there is room for improvement.’