Today, sources with the United Nations Office of the High Commissioner for Human Rights are reporting 3,000 civilians have died in Ukraine. Understandably, “the real toll is likely to be considerably higher, citing access difficulties and ongoing corroboration efforts.”

‘The metaphysical basis, the stable core must be with Divine Union or it always bounces bock to the

‘Everything in our lives is another lesson in the one continual school of conscious loving.’ 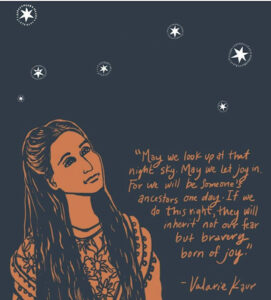 Father Richard Rohr at the Center for Action and Contemplation:

“To be clear, it is inconceivable that a true [believer of any faith] would be racist, anti-Semitic, xenophobic, homophobic, or bigoted toward any group or individual, especially toward the poor and vulnerable, which seems to be an acceptable American prejudice. To end the cycle of violence, our actions must flow from our authentic identity as Love.

One of the reasons I founded the Center for Action and Contemplation was to give activists some grounding in spirituality so they could continue working for social change, but from a stance much different than vengeance, ideology, or willpower pressing against willpower. Most activists I knew loved Gandhi’s and Martin Luther King, Jr.’s teachings on nonviolence. But it became clear to me that many of them had only an intellectual appreciation rather than a participation in the much deeper mystery. The ego was still in charge, and I often saw people creating victims of others who were not like them. It was still a power game, not the science of love that Jesus taught us.

When we begin by connecting with our inner experience of communion rather than separation, our actions can become pure, clear, and firm. This kind of action, rooted in one’s True Self, comes from a deeper knowing of what is real, good, true, and beautiful, beyond labels and dualistic judgments of right or wrong. From this place, our energy is positive and has the most potential to create change for the good.”

‘It is normally three steps forward, two steps backwards, and, as Lady Julian of Norwich says, “Both are the mercy of God.”

(I wish I could see the mercy in the backward momentum of this Universal equation.)