“The Recover of the Feminine invites a reorientation of consciousness: a receptivity not only to the events occurring in the external world but to the long-ignored voice of the Soul.

The influence of the Feminine is responsible […] in the mounting revulsion for our weapons of mass destruction; in compassion for the helpless victims of our addiction to war; in the engagement of hundreds of thousands of people in the work of helping both the planet and the victims of oppression.” 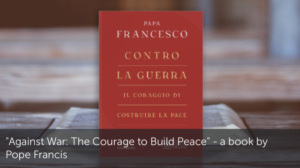 ‘From the beginning of my service in Rome, I have spoken of World War III, saying that we are already living it, though only in pieces. […] War is not the solution, war is madness, war is a monster, war is a cancer that feeds of itself, engulfing everything! More so, war is sacrilege, that wreaks havoc on what is most precious on our earth, human life, the innocence of of the little ones, the beauty of creation.’

“A one-sided patriarchy, complete with empire-building and earth-destruction, has held sway for long enough. The Divine Feminine is calling us to wholeness. […] The return of the Devine Feminine is not an option. It is essential for balancing a topsy-turvy world where Mother Earth and women, men, and children are teetering out of control.” 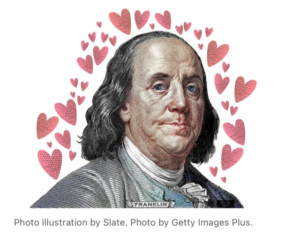 Not to be missed. “Ken Burns’s two-part, four-hour documentary, Benjamin Franklin, explores the revolutionary life of one of the 18th century’s most consequential and compelling personalities, whose work and words unlocked the mystery of electricity and helped create the United States. Franklin’s 84 years (1706-1790) spanned an epoch of momentous change in science, technology, literature, politics, and government — fields he himself advanced through a lifelong commitment to societal and self-improvement.” [PBS]

Ken Burns: “He was social media. He was a printer. He was a publisher. He produced books, almanacs. He was the postmaster. He was Apple and Google and Twitter and Facebook all in one. He’d understand it completely. He spoke in aphorisms and tweets. Of course he’d get it. And he’d be disappointed at our partisanship because he was all about compromise.” [atlasobscura.com]

“Singularity (after Stephen Hawking)” by Marie Howe” from Maria Popova on Vimeo.

May what is irreparable still be seen in the shadow and light of our essence, our love, our humanness…our perpetual frailty. Je suis désolé. Pour toujours.

“Earth, isn’t this what you want: an invisible raisin in us…What is your urgent command, if no transformation?”

‘So what to call the next generation?

My co-authors Bruce Clark and Paige NeJame have coined the term “Generation C.” It’s so well-suited, I believe it’s going to stick.

The combination of years of school spent at home, in a mask, combined with the significant revolution (economic, political and social) that our industrialism has led us to means that this generation will be different than the ones before. Every decision and investment and interaction is going to be filtered through the lens of carbon and remediation and resilience.

And yet, if we combine this with the c of connection, of a cohort of people who are finding solace and possibility in community, there’s a chance for all of us. Generation C didn’t ask for any of this, but I’m hopeful that they’re up for leading the change.’ 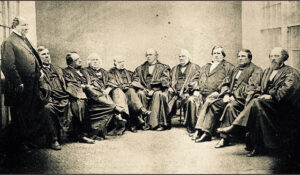 ‘I am the dream and the hope of the slave.’ -Maya Angelou

Judge Ketanji Brown Jackson’s confirmation to the Supreme Court is a historic event that will mean for the first time in history, the high court will not be a majority of white males.

“It has taken 232 years and 115 prior appointment for a Black woman to be selected to serve on the Supreme Court of the United States, but we made it. We made it. All of us. All of us.” 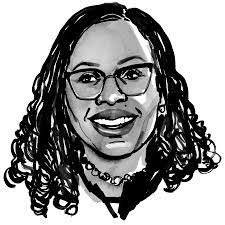 “I’ve already said that I thought that Zuckerberg should be in jail. That he’s an enemy of the people. I still believe that. […] This world here is so beautiful in its natural components and even in its built components. Other people in our lives are so compelling. We’ve got as big a job as possible as to submit ourselves — literally surrender — to the larger thing of creation and to try to treat other people as we would like to be treated.”

WHY THE PAST 10 YEARS OF AMERICAN LIFE HAVE BEEN UNIQUELY STUPID
It’s not just a phase.
By Jonathan Haidt 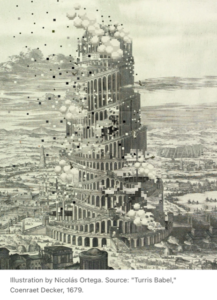 “It was just this kind of twitchy and explosive spread of anger that James Madison had tried to protect us from as he was drafting the U.S. Constitution. The Framers of the Constitution were excellent social psychologists. They knew that democracy had an Achilles’ heel because it depended on the collective judgment of the people, and democratic communities are subject to “the turbulency and weakness of unruly passions.” The key to designing a sustainable republic, therefore, was to build in mechanisms to slow things down, cool passions, require compromise, and give leaders some insulation from the mania of the moment while still holding them accountable to the people periodically, on Election Day.” ‘A democracy cannot survive if its public squares are places where people fear speaking up, no stable consensus.’ @JonHaidt

‘You articulate your thoughts and get in trouble. Then you stop saying them. Then you learn to stop thinking them.’ @AnandWrites