“A rabbi friend taught this prayer to me many years ago. The Jews did not speak God’s name, but breathed it:

“God’s name was the first and last word to pass their lips. By your very breathing, you are praying and participating in God’s grace. You are whoo are are, living God’s presence, in the simplify and persistence of breath.

God creates things that continue to create themselves.”

What Did Easter Mean to Early Quakers?

Quakers insisted that the spirit of Christ that was experienced by Jesus’s disciples after the resurrection, by Paul on the road to Damascus, and in gatherings of the early Church, is universally available to everyone in all ages, locations, and cultures.

For early Quakers, Christ was not tied just to Jesus, but, as with the Word in the Gospel of John [Gospel of Mary Magdalene-dayle], was present from the beginning and is manifest in the prophets of Judaism and other religious traditions. One might say today it does not matter if the resurrection of Jesus was physical or spiritual, for, from the beginning, Quakers have insisted that Christ’s spirit can be experienced by any of us anywhere. Hence Mary Fisher, one of Quakerism’s founding Valiant Sixty, felt confident she could minister to the Sultan of Turkey, because he would know the same universal spirit of God or Christ that she did.

Let us then think of the risen Christ  [consciousness] as a transforming experience of the Divine that is available on any day of the year without regard to religion or theology.

What Did Easter Mean to Early Quakers? 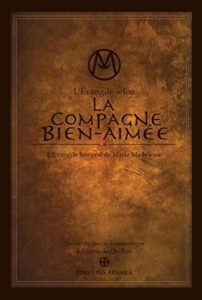 The Gospel of Mary

In our present age, we stand at a crossroads in our history. No one can deny, as well at our world today, that all about us we see turmoil and suffering, war and economic exploitation, corruption and greed; while torture, rape, and murder have become politically justifiable weapons of war. In our clearest moments, we must recognize that these are the first signs of the collapse of our social and economic forms and institutions. Perhaps, in the midst of this seemingly endless change of chaotic events, we need to look very closely at the value sand beliefs that have brought us to this place. For only be amning our past can we come to understand our present, and perhaps, by learning from our mistakes, begin to change our future. 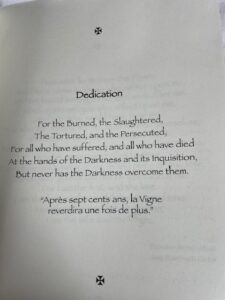 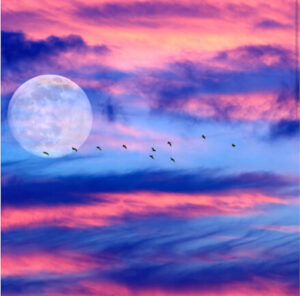 ‘Focus on the feminine aspects of beauty, forgiveness, compassion and healing.’

‘History is set on an inherently positive and hopeful tangent.’

‘Ever again, though we’ve learned the landscape of love

and the lament in the churchyards names

and the terrible, silent abs where the others have fallen;

ever again we walk out, two together,

under the ancient trees, ever again find a place

among wildflowers, under heaven’s gaze.’

The origin of the order can be traced to Mount Carmel in northwestern Israel, where a number of devout men, apparently former pilgrims and Crusaders, established themselves near the traditional fountain of Elijah about 1155; they lived in separate cells or huts and observed vows of silence, seclusion, abstinence, and austerity. Soon, however, the losses of the Crusading armies in Palestine made Mount Carmel unsafe for the Western hermits, and around 1240 they set out for Cyprus, Sicily, France, and England. [Britannica]

“I do not exist of myself, and of myself I am nothing. Every moment I stand before nothingness, so that every moment I must be dowered anew with being … This nothing being of mine, this frail received being, is being … It thirsts not only for endless continuation of its being but for full session of being.” Of all the movements in the Carmelite order, by far the most important and far-reaching in its results was the reform initiated by St. Teresa of Ávila. [Britannica]

“For Stein, the very existence of ‘I’ means the ‘I’ is not alone; the ‘I’ experiences loneliness only when it becomes unconscious of its very existence.”

A final thought in memory of my late sweet friend Marilyn Andrews:

“How do we give thanks and give back to other earth — G A I A ❀ — and the cosmos and all the blessings our species has inherited?”

Rabbi Abraham Heschel teaches that a prophets primary task is to interfere.

Julian of Norwich, by calling us to interfere with patriarchy and heal the wounds that it has wracked upon human history and the human soul and the earth, beckons us from folly to wisdom. Are we listening?” -Matthew Fox

Are we practicing resurrection? -dayle