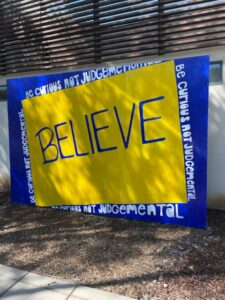 [Church of the Voyager, Coronado, California.]

Ukraine’s colors remind us of light, in so much darkness.

Pave a way for me out of darkness into l i g h t.

‘Great people are not those who have never fallen down. Great people are those who, when they do fall down, dig deep within themselves and find the strength to get back up. Today may I be someone who rises from the ashes of (the) past.’ 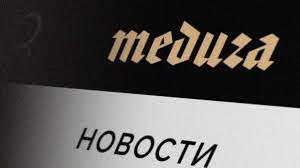 “We need your help. Right now.

The Kremlin is doing everything in its power to hide the truth about its war against Ukraine. Russia is under military censorship. The authorities prohibit the press from calling this full-scale invasion of Ukraine a war, and they threaten journalists who publish independently verified information about the conflict with up to 15 years in prison.

Meduza was launched in Europe in 2014, shortly after Russia annexed Crimea. For eight years, we have worked to produce independent journalism under the most unfavorable conditions. Millions of people in Russia now rely on our reporting. But a few days ago, our journalists were forced to leave the country.

In this situation, we turn to you. We ask you to take the place of our dedicated supporters in Russia. Save Meduza for our Russian readers — and for yourself.

We have a duty to tell the truth. We have millions of readers in Russia who need us. Without independent journalism, it will be impossible to stop this monstrous war.”

From the late Dr. F. David Peat, a former professor at The Pari Center in Italy.
It is not so much our underlying drives and instincts that are creating problems in the world as our higher functions—reason, imagination, memory, and so on. It is our higher functions that are hijacking our deeper instincts, rather than vice versa. We are not so much the young innocent teacher incapable of controlling an unruly class of instincts. Rather we are the paranoid teacher who is inciting the class to violence by portraying some vast threat, some fear, some Other that must be opposed at all costs. It is the perversion of thought and reason that poses the threat to our civilization, not deeply buried instincts or asteroids from outer space. The mushroom cloud of the atom was the creation of the human reason. The ‘evil empire’ that threatened at any moment to end all life on earth was the nightmare of reason, not reason’s logical analysis. On both sides of the Iron Curtain we lived in fear of the images created by our own thoughts. We were like little children frightened by our own shadow cast on the bedroom wall. These monsters of reason had no more substance than ghosts. Yet in their name human societies are willing to rape and murder, to bomb and release wholesale nuclear destruction.

“We are, like Dante, lost in a dark forest, with no sense of orientation. An increasing process of abstraction has demolished our human values, leaving in total command that ultimate abstraction which is the general exchange value for all goods and services: money.

And it may well be that, like Dante, we will have to go through hell and purgatory in order to access our true nature, which is, all wisdom traditions teach us, love.

It will not be an easy journey. It is our collective spiritual task and It will require that we recognize not just the evil which is out there, visible and obvious, but the subtler forms of its inner counterpart, the subtle ways in which we are all partaking of the collateral damage.

We need to be inner and outer warriors, so that pure love may shine, l’amor che muove il sole e l’altre stelle (the love which moves the sun and the other stars).”

The destruction and murder deepens today.

“More bodies will come, from streets where they are everywhere and from the hospital basement where adults and children are laid out awaiting someone to pick them up. The youngest still has an umbilical stump attached.”

Oh my god. You can see the words written perfectly clearly, both in front & back of the building: “DETI” = “CHILDREN” 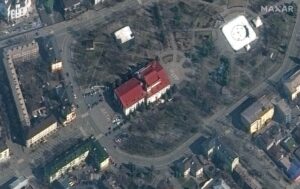 MARIUPOL, Ukraine (AP) — The bodies of the children all lie here, dumped into this narrow trench hastily dug into the frozen earth of Mariupol to the constant drumbeat of shelling.

There’s 18-month-old Kirill, whose shrapnel wound to the head proved too much for his little toddler’s body. There’s 16-year-old Iliya, whose legs were blown up in an explosion during a soccer game at a school field. There’s the girl no older than 6 who wore the pajamas with cartoon unicorns, among the first of Mariupol’s children to die from a Russian shell.

They are stacked together with dozens of others in this mass grave on the outskirts of the city. A man covered in a bright blue tarp, weighed down by stones at the crumbling curb. A woman wrapped in a red and gold bedsheet, her legs neatly bound at the ankles with a scrap of white fabric. Workers toss the bodies in as fast as they can, because the less time they spend in the open, the better their own chances of survival.

“The only thing (I want) is for this to be finished,” raged worker Volodymyr Bykovskyi, pulling crinkling black body bags from a truck. “Damn them all, those people who started this!”

More bodies will come, from streets where they are everywhere and from the hospital basement where adults and children are laid out awaiting someone to pick them up. The youngest still has an umbilical stump attached.

From President Zelensky’s address to the U.S. Congress this morning:

‘Peace is more important than income.’

‘It’s about freedom. It’s about the right of people to determine their own future.’

Link to President Zelensky’s emotional address to U.S. Congress this morning, including the deeply disturbing and powerful video montage of Putin’s war in Ukraine.
-dayle 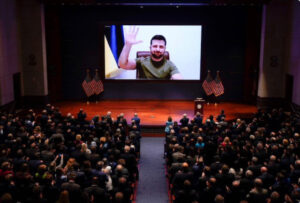 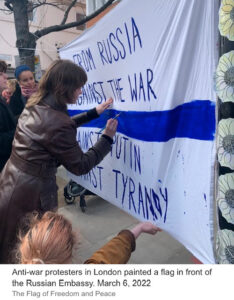 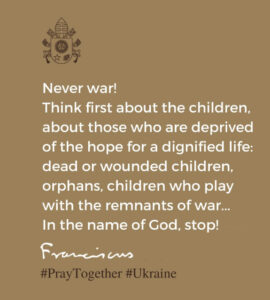