FDR gave “Four Freedoms” speech to Congress on eve of US entry in World War II, 1941–here are his changes on the fifth draft: 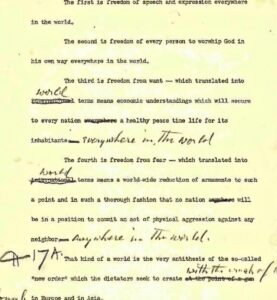 ‘At all times, day by day, we have to continue fighting for freedom of religion, freedom of speech, and freedom from want—for these are the things that must be gained in peace as well as in war.’

‘In a sense, nearly all great civilizations that perished did so because they had crystallized, because they were incapable of adapting themselves to new conditions, new methods, new points of view. It is as though people would literally rather die than change.’

History will no doubt consider this to be his finest speech at a moment it was needed most. -dayle

“For God’s sake, this man cannot remain in power.”

“Their brave resistance is part of a larger fight for essential democratic principles that unite all free people. We stand with you. Period.” 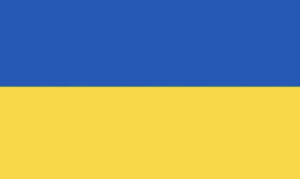 Posted by Michael Marquardt, appointed by President Biden to the US Comm. Preservation of America’s Heritage Abroad:

‘Take it from this Berliner who was there when the Iron Curtain started falling in 1989, this is one of the most consequential speeches from an American president in decades. Thank you.’

‘No free world leader should hesitate to state plainly that the world would be a far better place if Putin were no longer in power in Russia. A good way to make that come about is to say exactly that. Russia will be a pariah until Putin is gone.

As I Worte today, Putin’s war in Ukraine and against the world order will not end as long as he is in power. Either the war criminal is isolated or he isn’t. No more half-measures.’

Humanity with all its fears,

with all its hopes of future years,

is hanging breathless on thy fate.

‘I don’t mean to ruin the ending for you, sweet child, but life is one long headwind. To make any kind of impact requires self-will bordering on madness. The world will be hostile, it will be suspicious of your intent, it will misinterpret you, it will inject you with doubt, it will flatter you into self-sabotage. My god, I’m making it sound so glamorous and personal! What the world is, more than anything? It’s indifferent.’ 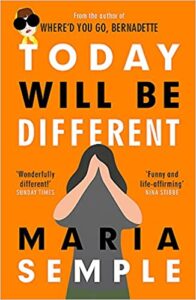