“…liberté, égalité, et fraternité triumphed, and here, a place of exchange between English and French thinking, we get to enjoy the spots of peace: literature, friendship, conversation, debate. Long may we enjoy them and may they…instead of guns and grenades…become the weapons of new rebellions.”

“The world as we knew it has ended, and it’s time for something entirely innovative.” 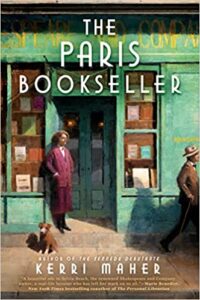 In defense of non-interactive media

It’s rarer than ever before, and sometimes, we need it.

Agree. Completely. I think all comments across all social media platforms should be muted for six months.We must recalibrate. Let us read, absorb, research…enact media literacy and ease the meanness, vitriol, hateful and polarization with our words. Practice Lectio Divine…contemplative interaction…not words…conversations through meaning and meditation. We need it…indeed. -dayle 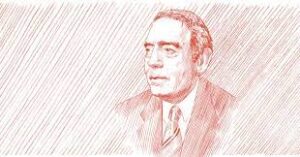 We often hear of the tides of history, as if the fate of the world shifts in unison – the rising and lowering of a great sea of fortune. Tides are predictable. They are unstoppable. They are acts of nature. Human affairs, while inextricably tied to planetary forces, are also shaped by the actions we take, and do not take. Our destinies do not move with any great cohesion or coordination. Rather we are more like boats tossed by the accumulation of countless individual waves (to stretch our maritime metaphor), cresting and receding, churning and placid, forceful and gentle. These can be waves that push us backwards, but they can also propel us forward to a better future.

When looking back at the past, it is tempting to see paths as preordained – narratives we neatly tuck into the contextual confines that make them easier to understand. In contrast, the present is always messy. It will only become clearer once we know how it ends, at which point we will be living in a new era of uncertainty.

We can never dismiss the many challenges we face or the threats they pose. They are particularly dire. The list of woes bears repeating and remembering – from the climate crisis, to the ongoing threat to our democratic institutions, to our continued struggle for racial justice, to the threats of war, to the pandemic, and onward.

In the future we may look back and see that one of these forces escalated to a point of even greater dominance, and disaster.

One of the few things I have learned with any certainty over the course of a long life is to be wary of certainty. Those who predict with the most confidence what will happen in the future are often the voices that should be treated with the greatest skepticism. These paragons of certainty invariably are the ones who talk the most and consequently do the least to make a difference.

‘Both sides’ journalism does not always show us the truth

Journalists are bound to tell the truth, not give platforms to positions which are demonstrably wrong in a misguided attempt to be ‘impartial’.

“Flat-earthers are not going to get as much space as people who believe the Earth is round, but very occasionally it might be appropriate to interview a flat-earther. And if a lot of people believed in flat Earth we’d need to address it more.”

The BBC’s director of editorial policy, David Jordan, tried to make a defence of impartiality. Instead, he inadvertently showed us why the dogma is so dangerous.

It’s time to end both-sidesism. For so long, the idea of impartiality has been treated as more a matter of faith than a principle to be debated.

Where does this end? If we’re giving airtime to flat-earthers, then surely Syrian war crimes deniers are entitled to a platform. How about genocide deniers, 9/11 conspiracy theorists, and people who think there’s no climate emergency?

In the UK, the dogma of impartiality led the media to the false equivalence trap during Brexit. Pro-EU campaigners were given their share of airtime, and then the other side said it had “had enough” of listening to experts and fed viewers factually incorrect claims.

On other issues, too, the shrine of impartiality has taken us to dangerous places.

It took the BBC until 2018 to recognise that it wasn’t necessary to host a climate crisis denier to balance a debate about the impending environmental emergency. The BBC briefing note read:

“To achieve impartiality, you do not need to include outright deniers of climate change in BBC coverage, in the same way you would not have someone denying that Manchester United won 2-0 last Saturday. The referee has spoken.”

But that was a long three years ago. Before COVID conspiracy theories and leaders in the UK and US began regularly mixing fact with fiction.

Why is impartiality valued more highly than truth? We know that we’re failing as journalists when around 25 percent of people avoid the news in the UK, and one of the main reasons is because they can’t trust the news to be true.

Journalists are not naive storytellers incapable of discerning fact from fiction.

If we don’t stop giving a platform to things we know are false, how are we going to win back that trust?

Ironically, it’s the BBC that is leading the way in the UK’s fight against fake news: they have a specialist reporter covering disinformation online, and in 2021, they appointed their first health disinformation reporter.

I know what you’re thinking: give them a platform, and then robustly challenge them. Let their arguments crumble in the face of a tough line of questioning. Here’s the danger with impartiality purists: simply repeating false claims – even if it’s challenged – can push people to believe the false statement.

This isn’t a manifesto for throwing impartiality out of the window. We’re not campaigners or activists. We shouldn’t have an agenda.

But we’re also not naive storytellers incapable of discerning fact from fiction. The New York Times and many other publications did readers a service when they called former President Donald Trump’s lies, lies.

Fairness doesn’t mean giving a platform to factual inaccuracies just because they’re popular. That’s what Twitter is for.

There are not always two sides to every story. Image: A worker at a San Francisco Chronicle printing plant arranges stacks of freshly printed newspapers in 2007. Its digital version, like that of so many newspapers’, is behind a paywall. -Justin Sullivan/Getty Images

The road to free information and opinions seems to run into a lot of paywalls.

Want to finish reading an article? You can, but only if you subscribe for just $1 for 3 months, which becomes $11.99 a month thereafter, and into perpetuity, until your credit card expires. Even if it’s after you do.

I have a strong, even personal interest in paying journalists fairly. But the cost most people have to pay these days if they want to try to stay informed and enrich their minds with a range of opinions is pretty steep.

It’s become harder to read more than an article or two in most publications, which may no longer be the word. News sites, from The New York Times and The Washington Post to The Des Moines Register, insist you subscribe. So do Ebony, The New Yorker, The Economist, Rolling Stone and opinion journals, including The Nation and National Review, and sports-reporting sites. And of course, there are proliferating newsletters and extra-access-plus plans, as news broadcasters begin their own subscription services. They don’t crave an audience, so much as what they call a “customer base.”

“You can’t do much web grazing of quality content these days without a paywall clanging shut on you,” Jack Shafer wrote last year in Politico. “What delights publishers about subscriptions is what everybody from Amazon to Spotify to the Dollar Shave Club to Netflix love — the annuity-like reliability of steady revenue.”

But the cost of inducing people to subscribe is to make news, information and a range of opinions available to only those who have the means to afford and receive them online. This skews the audience toward what Nikki Usher, a University of Illinois College of Media associate professor, calls the “rich, white, and blue,” as in left-leaning.

The political and social divides, which so many decry, may begin between those who can and those who can’t afford access to a wide range of fact-checked, accurate information.

Disinformation, of course, is utterly free.

Newspapers and magazines often got ink on your fingers. But they were cheap. Anyone with pocket change, rich, poor, students or job-seekers, could buy a copy of a magazine with Princess Diana or Oprah Winfrey on the cover or a newspaper when the headline said MAN WALKS ON MOON, or, yes, HEADLESS BODY IN TOPLESS BAR.

The internet has made news and views of all kinds, from all over the world, available on screens we can keep in our pockets. But so many paywalls have pulled costly shades over those screens.

We need an opportunity to reestablish and recalibrate the purpose and necessity of the Fourth Estate. What should the institution’s moral compass be based on the ideals of the U.S. Founders? The U.S. Founders believed a free press vital to democratic debate. So how did the current contemporary news culture evolve into a climate of disinformation and false news? Further, how did an institution created for public service evolve into an influential economic profit platform more destructive than instructive? Free Press co-founder, author and professor Robert McChesney is an activist for government subsidized non-profit media, a model the United States Founders had encouraged for a free press. He believes the Founders did not “authorized a corporate-run, profit-motivated, commercially driven media system with the First Amendment.” Corporate owned media is complicit in misinformation, and disinformation, for ratings, clicks and profits. This must change. And the change begins with our consumer information behaviors and tech media regulation. Democracy may die in darkness, but right now it’s happening in broad daylight. The pillar of the Fourth Estate is crumbling. -dayle 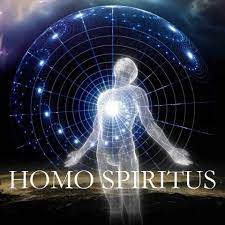 “Some would say that humanity is destined for self-destruction; that our history of lethal violence towards our own kind has programmed us to be fearful, suspicious, revengeful and greedy; and, despite our modern age, this programming now threatens our well-being on a global scale never witnessed before. But does it have to be this way? Can we not consciously evolve into a different kind of human?”

I propose a journalism renaissance based on spiritual companioning, or homo spiritus, and radical compassion (Khen Lampert), deep empathy for other within democratic social process, a heart-based journalism paradigm in necessary community; a Fourth Estate defined in the third space of spirit, love, dignity, and humanity. -dayle