“There’s a new kind of vaccine on the horizon — and it could help target all coronaviruses, not just Covid-19.” [CNBC]

“The US Army’s “pan-coronavirus” vaccine could protect against any COVID variant.” [CNET]

“…U.S. Army’s new pan-coronavirus vaccine recipe is not restricted by intellectual property restrictions and share the information with the world.

According to the Army, early research shows that the Spike Ferritin Nanoparticle (SpFn) vaccine, developed by scientists at the Walter Reed Army Institute of Research, can “provide broad protection” against COVID-19 and future variants. The SpFn vaccine must still undergo Phase 2 and 3 of human trials, but if it proves successful, distributing the new vaccine around the globe could be a game-changer in the fight against the COVID pandemic. 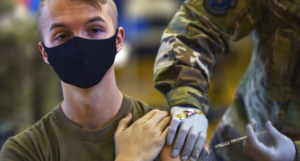 Developed over nearly two years, the vaccine promises efficacy against all variants of the SARS-CoV-2 virus, as well as previous SARS viruses.

Most importantly, the Walter Reed vaccine is being developed directly by public agencies, so there won’t be the same intellectual property issues involved in sharing it as there are with the Pfizer and Moderna vaccines.” James Cromwell: ‘We must speak truth to power – that’s where change comes from’
(Ryan Rogers)

James Cromwell: ‘When you reach a certain age, you have everything taken away from you’

“In a conversation that covers everything from politics to pigs to protest, Cromwell’s adoration for weepy British reality shows is a mere aside. But it also gets to the root of him. While he’s played dreadful people before – the corrupt police chief in LA Confidential, a Nazi doctor in American Horror Story: Asylum – he is most often associated with morality, goodness, or gently telling a talking hog, “That’ll do, pig.”

Off camera, whether protesting for animal rights or leading anti-capitalist sit-ins, he is capable only of empathy for society’s most vulnerable. He also sports a kind of eternal youth, an older man still seeing the world through innocent eyes. “To me, I’m 19,” he jokes. “I still make the same 19-year-old mistakes. Hopefully not as many, but just about. Those same dreams and desires still inform everything that I do. And for a funny-looking six-foot-six guy, I haven’t done too badly.”

Cromwell is calling from the log cabin in upstate New York that he shares with his wife, Anna. She owns 13 acres of land, all of which is currently blanketed in winter snow. Cromwell’s brother-in-law lives next door with his family, and performs most of the legwork around the property. “He cuts down the trees and ploughs the meadow, and I just sit here and get fed,” he chuckles.

There is a pragmatism to the way that Cromwell talks about death. He broaches the subject often, unfussily, as if it would be pointless not to acknowledge that it’s nearer than it used to be. But it also feels jarring at times. Cromwell is still visibly passionate about the work he has to do, and his face still bears the twinkly wisdom that made him so endearing in Babe.

Cromwell also liked what Never Too Late [his new film] says about elderly people – who, he says, regardless of their individual capabilities, tend to be infantilised by society and shut off from the world. “When you reach a certain age, they say, ‘That’s it, you’re finished, don’t drive a car, we don’t want to see you any more.’ You have everything taken away from you, and you don’t exist in the world as a viable entity.” He waves his finger at his camera. “Unless you give something back to yourself. You’re still alive, you’re still learning. You can still contribute, you can still make a difference, you can still inspire. And what else is there?”

He was touring the American South with a theatre troupe at the peak of the Sixties civil rights movement, and then got involved with anti-war activism in the Seventies. His work in guerilla theatre – protest plays often performed in public and without permission from the authorities – saw him cross paths with Black Panthers, anti-capitalists, and those opposing sexism, homophobia, nuclear power and environmental cruelty.

“I can’t say I’m a revolutionary because that would mean total commitment. But I’m on the cusp, and my time will come when my voice is required again and my presence will make a difference.” Before we say goodbye, he delivers one last soliloquy down the camera lens – the consummate performer. “Do not go gentle into that good night,” he bellows. “We must rage against the dying of the light!”

Full article; he speaks about his role on Succession and how he helped the creator expand and deepen the part, as well as his activism and the climate crisis.

“This month is all about taking your commitments to the next level of responsible action, staying out of other people’s drama, and trusting the integrity of your intentions to manifest the perfect opportunities when the timing is right. Welcome to the year of the water tiger!

The month starts right out with somewhat glitchy challenges testing our flexibility, will, and resilience for sudden changes manifesting in small setbacks or new opportunities. A new moon in Aquarius on January 31/February 1 sets a stage where anything can happen. Preparedness requires the discipline of staying positive and in your truth no matter what. You can go down the rabbit hole of feeling irritated, self-deprecating, impatient with yourself and others, or simply critical and judgmental about everything. Or, you can be disciplined about being your best self; optimistic, generous, kind, compassionate, accepting, and in gratitude. Not everyone will have this outlook on life, so it is best if part of your discipline this month includes being discerning about where and whom you spend time with.

The distractions of drama, addictive behaviors, overthinking, ambivalence, obsession, blame, and wishing it were different than it is, are all part of ego’s determination to keep you from moving forward into the opportunities you can create for yourself. The discipline is much about not listening to the negative voice that wishes to keep you small and limited. The discipline is also about staying on the path, doing your inner work and persevering in your spiritual practices, self-care and personal growth. By this time, we all know what we need to do to make progress. This month we can engage the discipline needed to follow through.

Discipline is not always fun. We resist it especially when it comes from the outside. This month you will have the opportunity to become your own authority and to activate your own inner discipline guided by personal truth and authentic motivation. You can make it more fun by seeing it as a game to be played between ego and essence. Who will win? Discipline yourself to experience awe and wonder at the eccentricity of life, and to be inspired to engage your creativity in new ways, driven more by your intuition than by the rational mind.

As the water tiger launches a need for action, ready to pounce and leap into the next step, the discipline will be to wait for right timing with patience and to think before you leap. Be spontaneous but not impulsive and give the need for action an outlet through physical movement and disciplined practices.

The third chakra is activated this month as the will to manifest something takes hold. We are all weary of being held back, thwarted in our plans, and more than ready to move forward. Watch Impatience as it can easily turn to Martyrdom if you leap into something before the timing is right.

Finding the balance between being and doing, giving and receiving, masculine and feminine, will and receptivity, generosity and gratitude, and determination and flexibility, is an important factor in navigating the month. Too much of one or the other can cause you to feel off center and irritated. Observe with conscious presence what is affecting you and how. It could be the expectations of others, your own fears, or a misguided sense of responsibility that is throwing you off balance. This is where staying in your own lane becomes a necessary discipline as well as the art of listening to your intuition.”

“Do whatever brings you to life, then. Follow your own fascinations, obsessions, and compulsions. CREATE WHATEVER CAUSES A REVOLUTION IN YOUR HEART.” 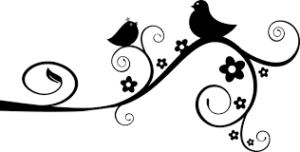